Jimmy Kimmel is hanging with some very talented and foxy ladies. Make sure you watch! 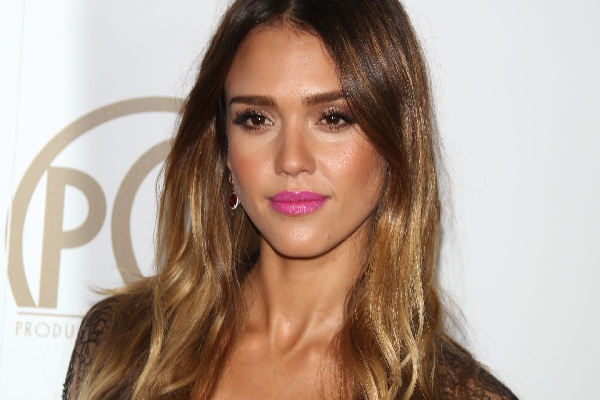 Jimmy Kimmel is taking girl power to the next level on Tuesday night’s episode of Jimmy Kimmel Live. He’ll meet with two of the loveliest ladies in the biz tonight when he interviews Jessica Alba and showcases the stunningly voiced Ellie Goulding.

Jessica Alba is currently on a press tour for her new movie, Escape from Planet Earth. Alba voiced the part of Lena Thackleman, a blue, big-headed alien trapped inside Area 51 with a bunch of other aliens captured by earthlings and kept for experimentation. The movie looks pretty cute, and the emphasis on all the various aliens working together toward a common goal should be really inspiring as classrooms continue to diversify. Alba, whose daughters and voice are featured in the new Windows phone 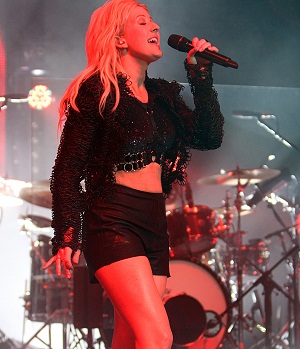 commercial, isn’t just a pretty face. She can also be rather funny. She and Jimmy should get along swimmingly.

Closing the show is the latest import from Britain, Ellie Goulding. Goulding, with her bleach blonde hair and sometimes helium-voiced songs, is slowly but surely creeping into the American music scene. Her last major single, “Lights,” saw decent success on this side of the pond, and her new song, “Anything Could Happen,” off her new album, Halcyon, continues to hold steady on Spotify charts. Though her voice is angelic, her music is often fun and club friendly. She also puts on one heck of a show. Whether she’s singing her cover of Elton John’s “Your Song” or belting out one of her own magnificent works, her powerful voice is sure to carry her far.

Make sure to tune in to Jimmy Kimmel Live Tuesday night for your chance to see Jessica, Ellie and sexy superstar chef Bobby Flay.