Embattled R&B singer Chris Brown had a contentious court date, a mysterious car crash and Grammys controversy, all in the same week. 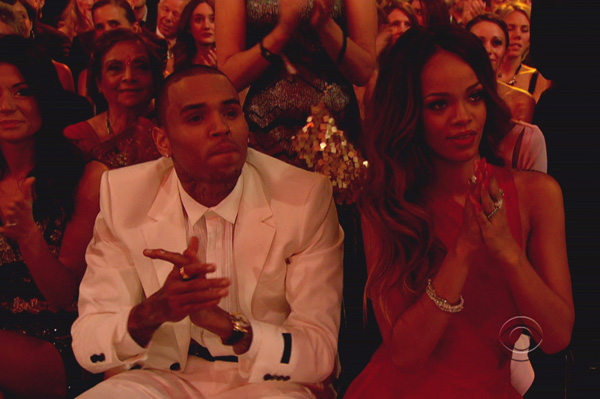 If Chris Brown were still on Instagram, he’d be posting images of a crucified Jesus for sure. The troubled singer has had a crap week.

First came a ding from the Los Angeles judge, who on Wednesday ordered a new report on Brown’s community service after reports surfaced that the singer was performing or traveling when he was supposed to be doing good works to atone for using Rihanna as his punching bag.

Brown’s next imbroglio occurred Saturday night, when he crashed his car into a wall in Beverly Hills. The black Porsche Turbo was crumpled; Brown was not. He wasn’t ticketed or arrested at the scene, according to a Beverly Hills police sergeant quoted by Reuters.

Brown’s rep told Just Jared, “Chris Brown was in a car accident this afternoon after being ruthlessly pursued by paparazzi. He was in his vehicle by himself headed to the Debbie Allen Dance Academy for a Symphonic Love Foundation event when two vehicles cut him off.”

Are prosecuters torturing Chris Brown for his past mistakes? >>

“The occupants jumped out, with cameras, and aggressively approached his vehicle. In an effort to remove himself from the situation, he began to back down an alley at which point his was cut off by two additional vehicles. Chris’ vehicle was totaled due to this aggressive pursuit by the paparazzi. He is okay.”

The accident occurred on the eve of the Grammys; four years ago, Brown and Rihanna had their famous altercation the night before the 2009 Grammys.

Finally, Brown made waves at the Grammy Awards Sunday by refusing to join in the standing ovation for Frank Ocean after his Urban Contemporary Album win for Channel Orange, beating out Brown’s album, Fortune.

When Ocean’s name was announced, the audience (including Rihanna, who was seated with Brown) leaped to its feet; Brown clapped but stayed seated. An image of the awkward moment was much dissected on social media, with viewers tweeting comments like “appalling” and “disgusting.”

Adele, seated a few seats away from Brown, was photographed glaring at Brown as he stayed in his seat; later, photographers snapped the pair seemingly arguing.

Did Adele give him “a piece of her mind” as the Daily Mail reported? Hard to say, but Brown sure is taking a Twitter beating.