Sarah Silverman’s sister Susan is stirring up trouble — and the comedienne couldn’t be any more proud. The rebel is one of 10 women who were detained by police in Israel. 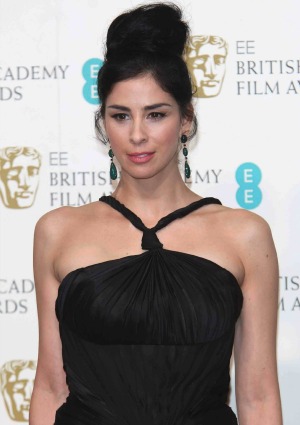 Sarah Silverman‘s sister has been detained by police in Israel for civil disobedience along with nine other females. What’d Susan Silverman do that was so rebellious? Apparently, dare to wear religious garb that Orthodox Judaism reserves for men only.

Yahoo! News reports police spokesman Micky Rosenfeld explained the group of women were detained because they acted against court-ordered regulations that bar women from wearing prayer shawls at the Western Wall, so as not to offend Orthodox Jewish worshippers.

The women, including Sarah Silverman’s sister (who is a Jerusalem rabbi from the liberal Reform stream of Judaism) and her teenage daughter, were released after several hours. No one was formally charged with a crime, for what seems to be a repeat offense.

“Women of the Wall,” which the 10 troublemakers belong to, is a liberal group that goes to the Western Wall each month to worship. They reportedly wear prayer shawls and skullcaps as well as sing out loud, all of which are practices reserved for men under strict Orthodox interpretations of Judaism.

Tweeting about the incident, Sarah Silverman wrote Monday, “SO proud of my amazing sister @rabbisusan & niece @purplelettuce95 for their ballsout civil disobedience. Ur the tits! #womenofthewall.”

While Susan Silverman has been risking trouble with authorities for her beliefs, Sarah Silverman offered this additional thought up to Twitter followers: “When I die my only wish will be to have a religion started based on me (like where I’m the star)& also my face on money.”

Do you applaud the actions of Sarah Silverman’s sister?