Safe Haven star Julianne Hough chats with us about her challenging role, her on-camera romance with Josh Duhamel and what she wants from love in real life. 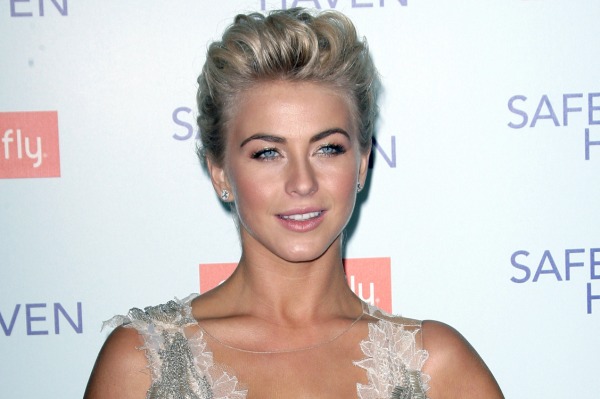 While singing and dancing on screen is extremely physically challenging, Safe Haven star Julianne Hough told us recently that her complex role in the film was her most mentally challenging yet.

“This was such a challenging movie where it was all mental and emotional,” Julianne told SheKnows at the press day for Safe Haven in Los Angeles. “Preparing for something like that, you dig deep and end up kind of finding new things about yourself.”

Watch our interview with Julianne

Hough plays a woman with a dark past who finds love with widowed father Josh Duhamel after running away from home.

“The issues that Katie deals with at the beginning of the film and throughout the film… it is a delicate issue,” said Hough. “At the end of the day, the goal is to let the audiences know that everybody deserves a second chance, and everybody deserves love and happiness, and you really can find it. You know it when you find it!”

And it seems Julianne has found it with her multitalented boyfriend, Ryan Seacrest. The duo has been going strong for the past three years. With the movie coming out on Valentine’s Day, we asked Hough what she and the BF have planned for the big day.

“Honestly, I just like a low-key kind of Valentine’s Day,” said Hough. “I’m not one of those girls. Write me a letter — I like that. If we’re going the superficial route, lingerie is always good. But again, I’m with somebody who would like a letter also.”

Be sure to catch Julianne Hough and Josh Duhamel this Valentine’s Day in Safe Haven!