When Gotye beat out Taylor Swift for Record of the Year, were you shocked or stoked? This year’s Grammy awards were full of surprises, right? 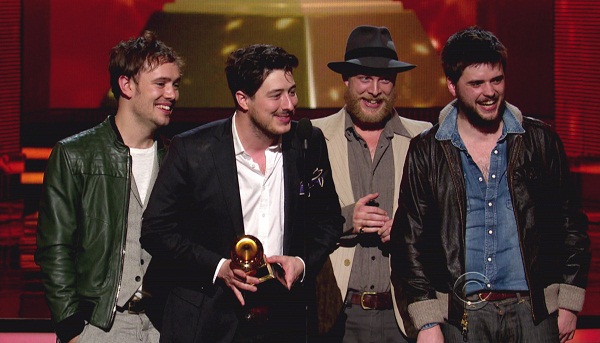 Listen, we love Taylor Swift as much as any girl who’s ever been through a breakup. But we also hate predictable awards shows. So, we really liked how things turned out at this year’s Grammy Awards!

First, The Black Keys nearly swept the show, winning four awards, the most wins of the night. Sweeps are a bummer because it means we don’t see anyone else make acceptance speeches. That said, the Ohio natives deserved every win they took home. (Their wins included Best Rock Album for El Camino and Best Rock Song and Best Rock Performance for “Lonely Boy” plus guitar/singer Dan Auerbach’s win for producer of the year.) Their performance of “Lonely Boy” with Dr. John and the Preservation Hall Jazz Band, meanwhile, added some attitude to the night and filled the room with some old school bluesy rock.

It was also great to see Gotye take home the gramophone for Record of the Year. The cards were stacked against them when you consider the other nominees in their category. Not only were they up against the aforementioned Keys, but also awards show darling, Taylor Swift. Meanwhile, Fun.‘s “We Are Young” might have been the only song that’s had more radio time than Gotye’s winner, “Somebody That I Used to Know.” 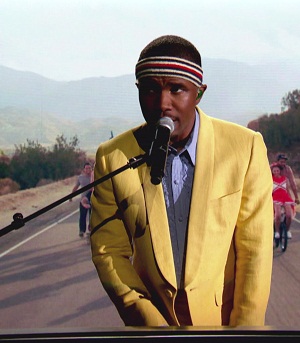 Another unsurprising “surprise” was Frank Ocean‘s win. Ocean still isn’t a household name, and in most medium market towns, he’s not on the radio either. If you know of Ocean, it’s because you follow music closely, saw him on the Grammys, or heard of him after his parking lot brawl with Chris Brown.

Brown, by the way, was in the same category as Ocean for Best Urban Contemporary Album. Ocean took home the trophy, figuratively winning their spat, and also surprising many Grammy bandwagoners who otherwise don’t follow music too closely.

Another somewhat surprising win came for Mumford & Sons, though many music fans thought it was well-deserved. The four English boys have been nominated for multiple awards during the past three years, however their Record of the Year award marked their first win. It was mostly surprising because they beat out the Black Keys, who had already won nearly a handful of trophies. They also beat out a few of their fellow performers. They beat radio favorites Fun. and former White Stripes member, rock star and musical genius, Jack White.

In all cases, most people would agree the wins were well-deserved. However, in recent years the Grammy Awards had a tendency to lean toward a few favorite performers and award them all the trophies. Instead of the predictable, most of this year’s winners were the deserved.

Who were you favorite winners? Did any of your favorite bands miss their chance to take home a trophy?