There’s a serious sexual transgression and staffing stir-up downstairs. Did everyone survive? (Yes.) 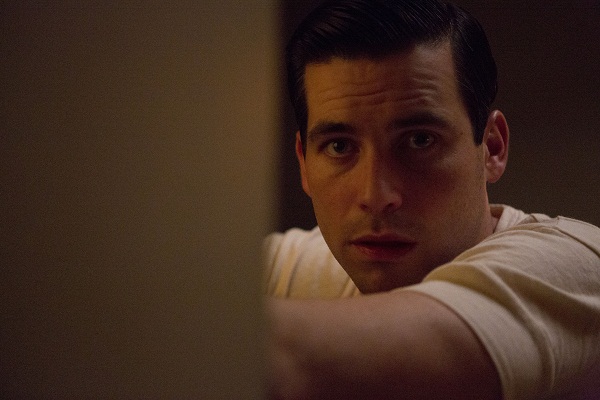 First, Mr. Bates is home! After all of Anna’s diligent work, Bates was finally off the hook for the “murder” of his ex-wife. He came home to Downton and he and Anna settled into a rather dreary-looking home. A fresh coat of paint and a willingness to always look on the bright side turned things around. Those two are going to make it. I can just tell.

There was a minor problem and that was the disruption caused by Bates’ return. Now that he was back, would he get his old position back and what would happen to Thomas then?

As it turns out, it wasn’t his return that caused the disruption in positions, but rather Thomas’ minor indiscretion in going after his crush. That may not have been such a big deal except that, in case it weren’t obvious by now, Thomas’ crush wasn’t a woman. His late-night kiss and the subsequent disruption caused quite the stir amongst the group downstairs.

Carson’s thoughts on homosexuality were just remarkable. I understand it was nearly 100 years ago. Carson calls him “foul” which, I imagine, was a rather harsh criticism back then. It was the swinging ’20s, though! I guess I thought there was a brief moment in time when gays weren’t so hated. So much for that.

After a lot of conniving between the servants to get Thomas out, even Bates helps him try to keep his place in the house. In the end, there’s a shift in their placement among the house. Lord Grantham takes to Thomas, too, and convinces Alfred to deny Thomas’ altercation. Along the way, they also have to bribe the evil Mrs. O’Brien and Bates does so by whispering a secret in her ear that she won’t want spread around. The secret? Bates tells Anna it has something to do with her “soap.” Is it just me or does anyone else think O’Brien is probably a lesbian?

Finally, over at Isobel’s house, everyone is in her maid’s business. The Dowager Countess, despite standing up to Grantham last week, still thinks it’s best if Ethel were to serve someone not so related to Downton Abbey. And the family plots to find Ethel a new job somewhere away from all the scandal. And Isobel is not happy about it. Ethel looks into some of the responses, though, and none of them feel right. She says she’d like to stay with Isobel and, of course, Isobel is fine with it. Then, however, she’s offered a job at the home where he son is living. How can she refuse a chance to see her son on a daily basis?

In the end, quite a few people end up with new jobs. Don’t ask me what they are, though. That was the most confusing Downton scene ever. And does it really even matter?

If so, maybe you should try watching next week’s episode and seeing if you can decipher the changes for me!