LL Cool J had the honor of hosting the Grammys for a second year in a row. He delivered a fantastic show, and we break down the hosting highlights. 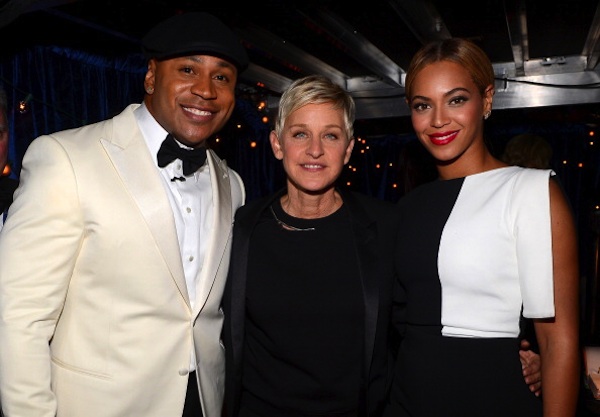 LL Cool J hosted the 2013 Grammy Awards on Sunday night. The show — which ran three hours — was truly entertaining, and LL Cool J was a major part of its success. SheKnows’ final verdict on LL Cool J’s Grammy hosting? The man did not disappoint.

Did he listen? Our Grammy advice to host LL Cool J >>

LL Cool J opened up the Grammys with a sincere and heartfelt message, the focus of which was coming together for a night of celebrating dreams come true. We found the monologue uplifting and a great counterpoint to the somber speech from last year’s Grammys due to Whitney Houston‘s death.

The host did a fantastic job keeping the tone respectful but still positive and looking forward. We especially loved the personal anecdote about his grandmother’s influence on his life — and how he gave her his Grammys to watch over before her death 10 years ago.

We didn’t see much of LL Cool J throughout the Grammys, but when we did, it was to introduce performers and talk about Twitter. LL Cool J mentioned certain Grammy tweets, and although there was obviously some kind of deal between the 2013 Grammy Awards and Twitter, the comments were awkward. This is our only gripe about the show.

Rocking out for the Grammys’ finale

LL Cool J closed the 2013 Grammy Awards by stating: “By day I do a little hosting, a little acting, but at night I do a little rapping.” His closing performance combined rock, drumming by Travis Barker and a little old-school in a duo with Chuck D. We loved the performance, which included a tribute to the Beastie Boys.

LL Cool J seemed to follow all of the items on our wish list, and we wouldn’t be surprised if he was asked to host the Grammy Awards yet again next year.