Indie music has made its comeback, if the 2013 Grammy Awards were any indication. The night was filled with many of the top indie artists of the year, and they won many of the top awards. 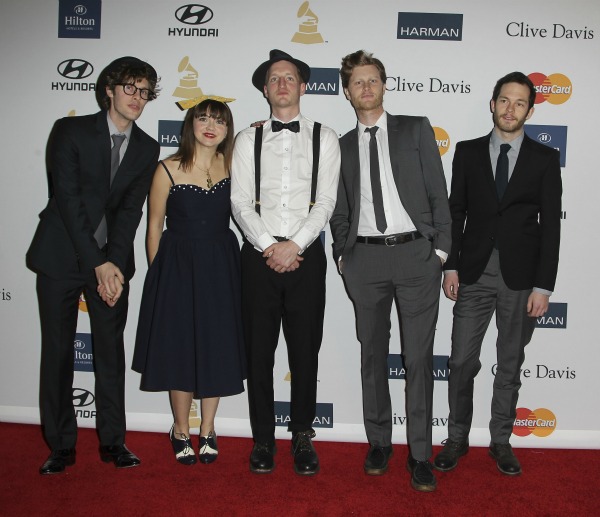 The quote explains that the genre of indie music is more than just a style of music — it is a lifestyle.

The Grammy stage was filled with an eclectic bunch of musicians this year, maybe more so than in recent years. One noticeable difference was the number of indie bands that made appearances, both as performers and winners.

The band fun. was a standout winner this year. Spawned by members of the band The Format, fun. is a Fueled by Ramen product. The label, while a subsidiary of Warner Brothers, is largely known for being one of the best in the indie world. It has given starts to bands like Panic! at the Disco, Fall Out Boy, Paramore, Travie McCoy and Phantom Planet.

Fun. not only performed their song “Carry On” at the Grammy Awards, but also beat out huge stars like Frank Ocean and Hunter Hayes for the much-coveted Best New Artist Award. They also won Song of the Year, beating artists like Carly Rae Jepsen and Kelly Clarkson.

The Black Keys may be considered more of a mainstream product now, since they won their first awards at the Grammys two years ago, but those in the indie world still consider them their own. They have now been nominated for a total of 12 Grammy Awards as well as many other awards (including one from MTV that went viral when they tweeted a picture of the award that had the engraved name listed as “Black Eyed Peas”).

The Lumineers are another new indie band that has hit the mainstream. While many people may not know their name, they probably know the Lumineers’ song “Ho Hey,” which is featured in a Bing commercial right now, as well as being a hit on radio across the country.

The country world also has new indie artists, like Hunter Hayes and the Alabama Shakes. Hayes is just 21 years old but is currently on tour with Carrie Underwood (and even played piano with her at the Grammys). He was up for three awards at this year’s Grammys. The Alabama Shakes came out of nowhere this year and were up for two awards. They (ironically) lost both to fellow indie bands the Black Keys and fun.

Ed Sheeran is a conundrum to many. He is half folk artist, half-country artist and everything in between. He performed at the Grammys alongside Sir Elton John and is about to embark on a tour with Taylor Swift. Sheeran will turn 22 in just a week, but he is quickly becoming an international phenomenon.

Mumford & Sons is another band that has been around for a while but are now gaining international fame thanks to their unique indie sound. They performed on SNL in 2012 and have been nominated for 12 Grammy Awards in the past three years.

The indie genre of music has become a movement, and while many of the “indie” artists are not actually on independent labels (which is where the name came from), the movement itself has become bigger than that.

Fun. thanked their parents for letting them live in their basement for years while chasing their dreams, a statement that may describe the passion of these musicians better than anything else they could have said.

While the genre has arguably been around much longer than pop music, it makes its appearance in the mainstream every few years and is now (apparently) ruling the world of the Grammy Awards.