John Mayer and Taylor Swift are old history, but a camera shot of Mayer’s new girlfriend created an unfortunate moment during the Grammys. 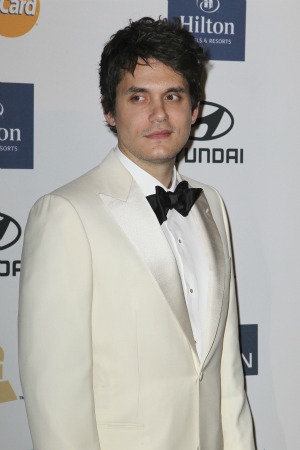 No one ever said the Grammy Awards doesn’t have a sense of humor. Sunday night, either the awards show proved the truth of that, or someone made a very unfortunate timing decision with the camera shots.

Taylor Swift, who is quickly becoming the queen of breakup songs, opened the show with “We Are Never Ever Getting Back Together.” Though Swift has never said who the song is about, one of the possibilities is her ex John Mayer. She already wrote one song very likely about Mayer, 2010’s “Dear John.”

“And you’ll add my name to your long list of traitors who don’t understand,” she sang in the song. “And I’ll look back in regret how I ignored when they said, ‘Run as fast as you can.'”

As Swift’s performance was ending, the Grammy cameras zoomed in on fellow singer Katy Perry. While it could be a mistake, it adds a very ironic twist in the Taylor Swift/John Mayer saga, since Perry is Mayer’s current girlfriend.

But Perry handled it like a pro. She seemed to hold a steady smile while the camera was on her and applauded a fellow performer.

While Swift has never been shy talking about her exes, Mayer hasn’t either. He has made negative comments about Jessica Simpson, Jennifer Aniston and even Taylor Swift in the past. But just recently, he decided to say he was sorry. Mayer was interviewed for CBS recently and offered an apology. Sort of.

He added that he has changed since those days and he knows now that what he did was wrong.

“It’s very liberating when you finally realize it’s impossible to make everyone like you,” Mayer said. “I wanted everybody to like me. I thought I was one shuck and jive away in every direction.”