NBC’s Up All Night has hit another speed bump. The sitcom, which is going through a creative overhaul, has lost one of its biggest stars. 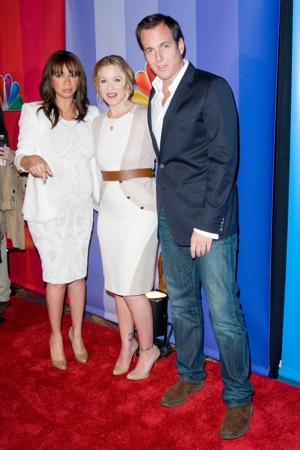 It’s rare for the star of a major network show to quit, but that’s exactly what has happened with NBC’s Up All Night. Christina Applegate, who headlined the series along with Will Arnett, has dropped out.

Friday afternoon, the actress released a statement confirming her exit.

“It’s been a great experience working on Up All Night, but the show has taken a different creative direction and I decided it was best for me to move on to other endeavors. Working with Lorne Michaels has been a dream come true and I am grateful he brought me into his TV family. I will miss the cast, producers and crew, and wish them the best always.”

The creative differences she speaks of are causing a major rift behind the scenes. According to TVLine, Applegate’s departure comes weeks after that of series creator Emily Spivey, whose leaving was also chalked up to the show’s new direction.

Up All Night’s sophomore slump shake-up >>

Up All Night hasn’t been a huge draw for the network, so the show’s getting a makeover. It originated as a single-camera sitcom, similar to Modern Family. Now it’s crossing over to a more traditional multicam setup (think CBS’ Two and a Half Men, The Big Bang Theory). Cue the live studio audience.

We’re not sure how it will survive without their female lead. At the moment, Applegate’s keeping busy with her film career. She’s signed on to reprise her role as Veronica Corningstone in the upcoming sequel Anchorman 2.

Do you think Up All Night should continue?

28 mins ago
by Alyssa K. Davis