With March Madness right around the corner, famous college basketball fans like Ashley Judd are likely already plotting this year’s brackets. See how Snoop Dogg and others show support for their top picks. 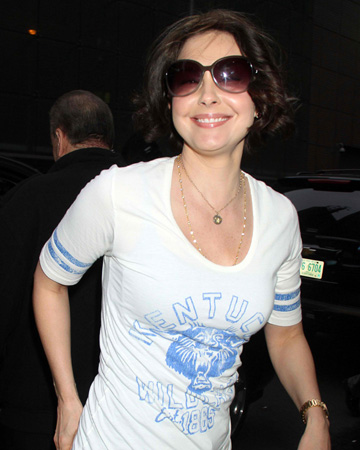 As perhaps one of the Kentucky Wildcats’ most vocal fans — celebrity or otherwise — Ashley Judd rarely misses an opportunity to cheer on (loudly!) her alma mater’s team. Gearing up for March Madness in 2012, Judd appeared on Anderson Cooper’s talk show to discuss brackets and even shoot hoops in honor of the tournament. She gets so into the competition, she told USA Today, that she fills out two bracket cards: “One that I think will happen and one that I hope will happen.” Her devotion to her team during March Madness doesn’t stop there: She has cooked for her boys in blue and covered the tournament for a Kentucky newspaper. 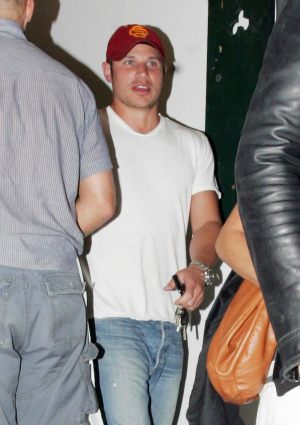 If you ever watched Jessica Simpson and Nick Lachey’s ill-fated show, Newlyweds, you know what a major fan Nick is of his Cincinnati Bearcats (and all the other Cincinnati teams, for that matter). So how does Nick show his team spirit during March Madness? If his schedule actually allows him to catch a game — and he’s often seen attending games — he wears Cincinnati red and screams from the stands. We imagine it’s much the same when he’s at home, except he yells at the flat-screen instead of the refs. Time will tell if he brings precious baby Camden to help cheer on the Bearcats in tournament play! 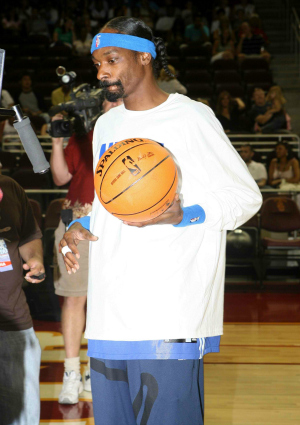 Don’t hate the playa — hate the game! Snoop Lion doesn’t pull any punches when it comes to choosing his pick each year for the team that will take it all — none other than his beloved USC Trojans. Snoop can often be seen sitting on the sidelines during games (you know, when he’s not “rollin’ down the street, sippin’ on gin and juice”). To celebrate March Madness in years past, the rapper served as host of the ESPN Tournament Challenge Group, which allowed fans to log in and see whether their bracket-picking matched that of the famous rapper. Snoop blogged about his picks on the site, touting, “Let’s get the madness craccin’.” 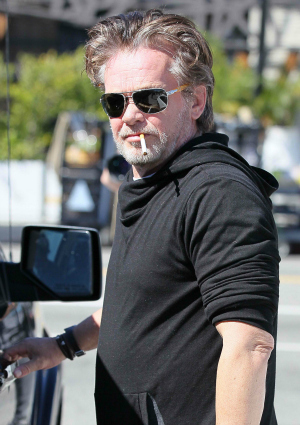 An Indiana boy through and through, rocker John Mellencamp’s got nothing but love for his Indiana University Hoosiers. Not only does he follow his favorite team during March Madness, but he also had a hand in the Hoosiers sharpening their skills leading up to the tournament — he donated a sizable sum to the school for the funding of the Mellencamp Pavilion, a 100,000-square-foot facility the athletes use as a training ground year-round. 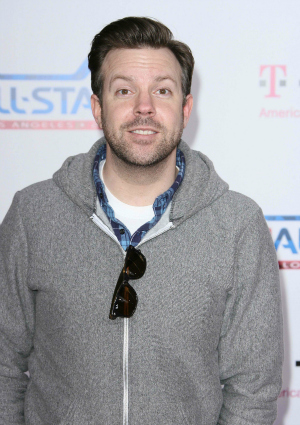 March Madness is no laughing matter to funnyman Jason Sudeikis. He’s known to be a die-hard supporter of the Kansas Jayhawks — eight-time defending Big 12 champions. Jason’s family holds season tickets, which Jason takes advantage of when not filming. For his part, the comic actor supports the team by showing up at as many home games as possible, often with his now-fiancée Olivia Wilde in tow (we’re pretty sure the Jayhawks appreciate that). He’s also been spotted in the stands with fellow Jayhawks fanatic Paul Rudd, who famously sported a Kansas University hat in his cult hit Clueless. 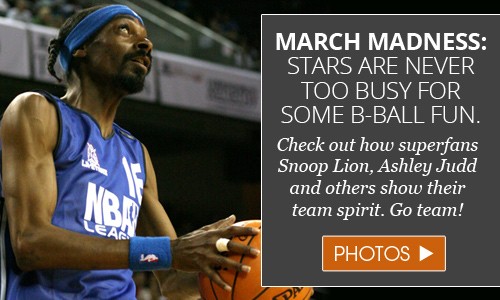