Britney Spears is one step closer to making her Sin City show a reality. Contract negotiations are reportedly going on between the singer and Caesars Entertainment Group. 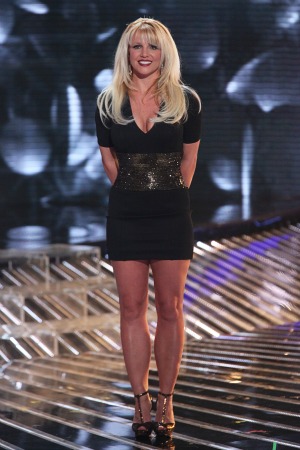 On Wednesday, we reported that Britney Spears was headed to Las Vegas, but she was negotiating with two different casino groups. Now, it appears that the pop singer has made a decision.

Extra exclusively confirmed on Friday that Caesars Entertainment Group will be presenting Spears’ show on the Strip. It is a natural fit for the former X Factor judge given that the casino entity has extensive experience with other high-powered performers.

Caesars Entertainment Group has worked with Rod Stewart, Shania Twain and Celine Dion in long-running shows in the gambling town.

Sources are telling Extra that Spears’ management team is leaning toward Planet Hollywood. The venue is centrally located on the Strip and is home to televised shows like Miss America as well as their nightly live event, Peepshow, currently starring Coco Austin from E!’s reality show Ice Loves Coco.

While all of this information has been leaking out, a formal announcement is not expected today as negotiations are still going on between Spears and the casino group. The Las Vegas engagements have proven to be extremely lucrative deals for musicians, so expect to see a big payday for Spears.

This will be a fantastic new chapter for the “Gimme More” singer. Her one season on The X Factor was not a good fit for the often shy and uncomfortable Spears. On a personal note, she and Jason Trawick also ended their engagement. The Las Vegas performance schedule will give her plenty of time to work on her new album and spend time with her two boys.

Let the next chapter begin!