Cat moves on and Vincent finally makes up his mind. (Sort of.) 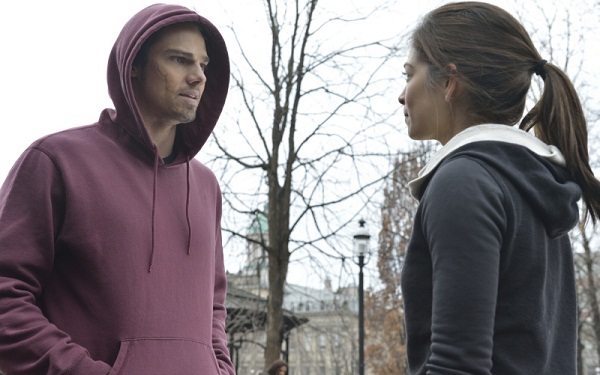 It’s taken me a while to warm up to Beauty and the Beast‘s Cat (Kristin Kreuk). On the surface, she seems like a tough chick. She is, after all, a police detective who can do some serious damage to a bad guy even without her weapon on hand. She just gets so hung up on things. This episode, when she finally said she was quitting Vincent “cold turkey,” it just seemed like one of those games girls play. “If you don’t like me, I don’t like you… but if you change your mind then you should know that I’m actually totally in love with you.”

Not getting caught in the crossfire

But when Vincent (Jay Ryan) fell into trouble, Cat was right there to help him out. She wasn’t needy or swooning, though. She made sure he understood that she was there because, yeah, she cared about him and she didn’t want to see him come into harm’s way. But she wasn’t going to be the girl back home waiting for him to realize all the reasons Alex wasn’t right for him. She helped him escape Muirfield’s trap and then went on her way, ready to enjoy a night out with the girls. I was starting to believe in her independence… but I was waiting for the other shoe to drop. 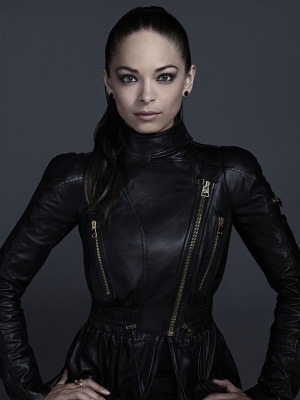 During the throw down in the forest, Vincent let out his inner beast. Cat felt secure fighting alongside him and then walking right up to him before he’d even fully cooled down. Meanwhile, Alex snuck out of her love shack cabin and followed them to the woods. She watched from a distance as Vincent let loose and then went into meltdown mode when he tried to approach her, back to his adorable, entirely human self. She didn’t want him. He was too scary, ugly and beastly. It was too much for her to handle and he wasn’t the boy she fell in love with decades ago. He’d tried to warn her earlier, but she wouldn’t have it. All her super-cheesy “I’m in” promises were for naught. She walked away.

She’s tougher than she looks…

After Alex shuns Vincent, he shows up at Cat’s apartment wanting to reconcile with her. I cringed, expecting weakness. Instead she said, “No.” She didn’t want to be second. And, yes, I completely understand what Vincent is saying. I always believed he liked Cat better, but what Alex was offering him for a life just seemed more appealing. But that’s not how it looked to Cat and he’s going to need to prove (like, really try) that he really wants her and always has. But, seriously, show writers: Not in the very next episode.

More on Beauty and the Beast