John Mayer has left behind him a string of famous broken hearts and disgruntled exes, including such luminaries as Taylor Swift, Jessica Simpson and Jennifer Aniston. He admits, “I was just a jerk.” 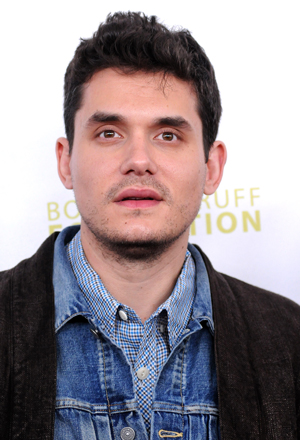 Maybe current girlfriend Katy Perry is schooling him? The singer told CBS Sunday Morning that he looks back on his past relationships with regret.

“I was just a jerk,” he told interviewer Anthony Mason, adding that the bad press he’s received over the past few years was more bothersome than having a vocal cord lesion that required painful injections.

About Jessica Simpson, the famously Christian entertainer known for having an involved family and a good-girl rep, Mayer told Playboy in 2010, “Yeah, that girl is like crack cocaine to me. Sexually it was crazy. That’s all I’ll say. It was like napalm, sexual napalm.”

In the same interview, Mayer said that he’d written about Jennifer Aniston on his (then) new album but didn’t send her a copy. When the interviewer suggested she might download the album illegally, Mayer said she wouldn’t know how to use BitTorrent: “The brunt of her success came before TMZ and Twitter. I think she’s still hoping it goes back to 1998.”

Later, the interviewer asked how many women Mayer had slept with since breaking up with Aniston eight months earlier. “I’m going to say four or five,” Mayer smarted.

Mayer told Rolling Stone in 2010 that he wanted to get back together with his exes (or, as he piquantly put it, “f–k the girls I’ve already f–ked”), because most women are too intimidated by Big Star John Mayer: “I can’t fathom explaining myself to somebody who can’t believe I’d be interested in them, and they’re going ‘But you’re John Mayer.'”

The Huffington Post, which prepared a 2010 slideshow of “The 9 Douchiest Things John Mayer Has Ever Said,” quotes this humdinger: “Life is like a box of crayons. Most people are the 8-color boxes, but what you’re really looking for are the 64-color boxes with the sharpeners on the back. I fancy myself to be a 64-color box, though I’ve got a few missing. It’s ok though, because I’ve got some more vibrant colors like periwinkle at my disposal.”

Ah, he’s vibrant! That’s the issue. Mayer said he’d been meeting 8-color boxes of late: “I mean there are so many different colors of life, of feeling, of articulation… so when I meet someone who’s an 8-color type… I’m like, ‘hey girl, magenta!’ and she’s like, ‘oh, you mean purple!’ and she goes off on her purple thing, and I’m like, ‘no — I want magenta!'”

Will you be apologizing for this quote, John Mayer? Sure hope so.

Meanwhile, CBS Sunday Morning reports that Mayer also said “It’s very liberating when you finally realize it’s impossible to make everyone like you. I wanted everybody to like me. I thought I was one shuck and jive away in every direction.”

Ah, so you were just trying to make us like you? By saying you had more emotional crayons than other people? I see.

Mayer’s interview will broadcast on February 10 at 9/8c.