With the second half premiere this Sunday, we can’t wait to devour Season 3 of The Walking Dead. To quell our appetite for killer celeb cameos in the meantime, we decided to give the “undead” treatment to five stars with superhero alter egos. Think Wolverine… the walker!

There’s no denying The Wolverine star Hugh Jackman would make a bada** zombie — he could carve up any opposition with a quick swipe of his adamantium claws, and he would be annoyingly impossible to kill, thanks to his pesky powers of regeneration. Hack off a body part? It’d sprout back like a lizard’s tail. Shoot him in the head? His skull would just spit out the bullet. Plus, those gnarly sideburns of his would gather so much discarded blood and brain matter that their smell alone might be enough to repel Rick and the gang. 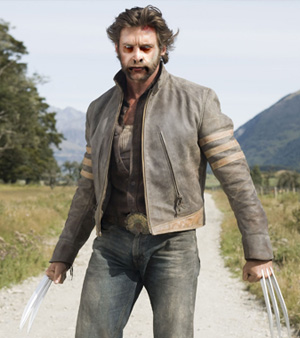