The end of pranks on Dwight and the last look at Pam and Jim’s life together. Sob! The Office is really ending, and we know when. 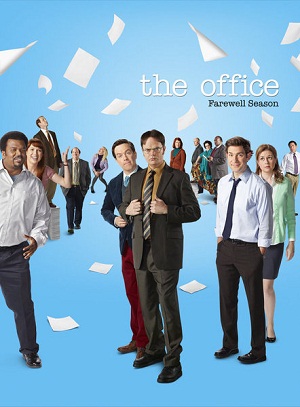 We’ve known for quite a while that things at Dunder Mifflin would be coming to an end, but we didn’t know exactly how much longer we had, until now.

The final episode of The Office will air on May 16. The finale will also mark the show’s 200th episode.

Some insiders warn, though, that if you’ve been skipping The Office and are hoping to tune in to the last episode to see how everything wraps up, you’re going to miss out on a lot. That includes The Office‘s boss, Greg Daniels.

“If you look at how many characters there are here, and you think that it’ll be our 200th half hour when we do the finale, I don’t think we’re planning on packing everything into the last episode,” he said during a visit to the set last month, according to E!. “I would encourage people, if you are waiting for the end of The Office to re-tune in, I would start doing it right away.”

In other words: People will start saying goodbye and the final arc has already begun to build. Not jumping back into The Office now might mean missing out on a lot of the wrap-up. That would certainly be a travesty.

As for any special returns, Steve Carell fans shouldn’t hold their breaths. Daniels went on to mention the possibility of Carell’s return, too.

“Steve is very much of the opinion that the “Goodbye Michael” episode and the story arc that we did leading up to it was his goodbye to the fans and to the show, and that the stuff we’re doing this season is the goodbye that the rest of the show gets to have,” Daniels told E!. “So, at the moment we don’t have any plans for him to come back.”

There will be a few special visitors, though, including Mindy Kaling, B. J. Novak and Zach Woods. Sweet!

Will you be there for the final episodes, are you just going to tune in for the finale, or are you a loyal fan and you’ve never missed a show, anyway? Tell us your plans!

More on The Office

Roseanne Barr to guest on The Office
Mindy Kaling returning for The Office finale?
John Krasinski: From waiter to Office success