Merle’s back and swinging for a different team. (Not like that! But wouldn’t he be appalled? Muahaha!) Will brotherly love conquer all? And, Sheriff Rick sees change ahead. 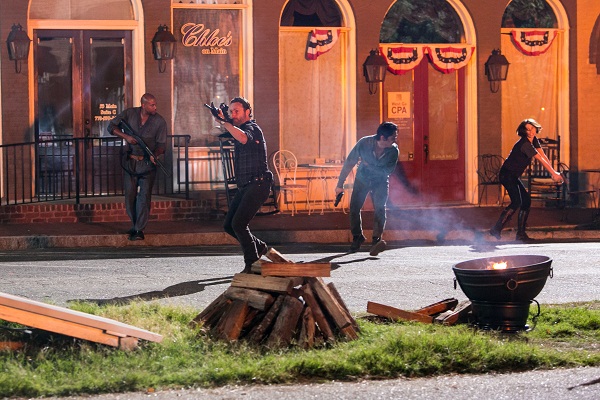 The first half of Walking Dead season three was I-N-T-E-N-S-E! The walkers finally killed off Lori (FINALLY!), so that’s good. But what’s in store for the rest of season 3? We made the rounds now we’ll lay it all out for you!

The Governor is back, obviously

In case you don’t know about the Walking Dead comic or having seen a single preview for next week’s upcoming show, we’ll lay it out. The Governor is not dead; he’s just missing an eyeball and sporting a stylish eye patch. When he dies, will his groaning sound more pirate-like? “Arrrrrrg! Brains!”

Put the Sheriff in a straight jacket 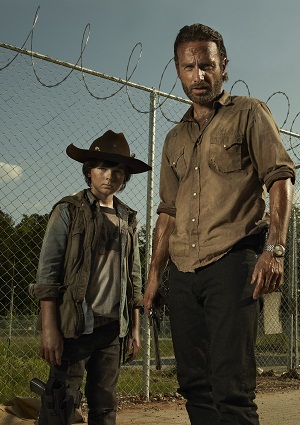 Rick (Andrew Lincoln) is going insane. He’s hearing voices and telephones ringing. Is something going on with his health, is he haunted by the past or has the pressure of being group leader just finally taken its toll on him? Will the craziness ruin his leadership? In a recent red carpet interview with E!, Lincoln teased that we could expect a lot more crazy from Sheriff Rick. Meanwhile, Steven Yeun talked about how his character, Glenn, was maturing and there was mention of him trying to be more of a leader. Will the survivors start taking cues from the kid? We’d approve of that!

During an interview, showrunner, Glen Mazzara had this to say about Rick’s future:

Rick’s mental state is very fragile at a time when the group needs him to be on his A-game. And he’s emotionally compromised. His sanity is questioned and this becomes a major personal crisis not only for Rick, but for his entire group.

After Daryl (Norman Reedus) and Merle (Michael Rooker) met up, again, at the town, they fell under the evil eyes of The Governor. Once they’ve escaped him, will they work together or go their own ways? They were super bonded and really loved each other when we first met the brothers. Over time, Daryl changed, and it seems Merle is the same old a**hole. There’s also a foreign trailer popping up from time to time that shows Daryl holding Merle at gunpoint. That’s a far cry from his rooftop emotions in season one.

E! recently spoke with the show’s producer, Gale Anne Hurd, about what else is in store for The Walking Dead and she made us a little uneasy. Now that Lori is dead, we’re pretty much cool with all the survivors. She warned that we shouldn’t grow too attached, though.

“There are a lot of humans in serious jeopardy. There’s a lot of betrayal. There’s a little love. There’s a lot of zombie action. And then we get to say goodbye sadly to a few more people,” she said, though she wouldn’t tell E! just which stars would get the bite. “It is a zombie apocalypse so…”

Looks like anything could happen! Forget preparing for the zombie apocalypse: Are you even prepared for this zombie show? The Walking Dead returns Sunday 9/8c on AMC.

The Walking Dead sneak peek: Here comes the governor
The Walking Dead‘s Andrea finally gets a clue
In case of zombie apocalypse: Don’t do these things