Can you believe Community has been off the air for nine months? Thankfully, the wait is over. Tonight, the show returns with its hilarious fourth season premiere “History 101”. 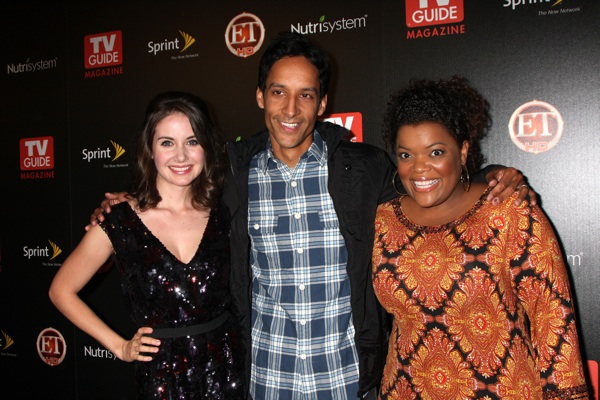 Community is to NBC what Cougar Town was to ABC. After a long break, Cougar Town jumped networks (to TBS) and has been back for the past few weeks. Community is just now making its season four debut.

The cast and crew put their hiatus to good use. A lot has happened since they’ve been away. Series regular Chevy Chase left the show, but still appears in most of the episodes. Community creator and showrunner Dan Harmon also left and was replaced by Moses Port and David Guarascio.

Community: Chevy Chase is outta there! >>

Will all the backstage drama seep into this lighthearted comedy? According to TVLine, the cast is optimistic about the return. The writers pulled out all the stops to make it another memorable year at Greendale Community College.

When it came to Brolin’s casting, McHale says, “He took pity on us and accepted being on the show — and he was great. He really nailed the part. You always hear people gushing about that stuff, but I really enjoyed him and I hope he’s back again.”

James is the real-life father of actor Josh Brolin, but lately he’s been spreading his paternal love. He’ll also appear on ABC’s Castle as, you guessed it, Nathan Fillion’s dad. He’s everywhere!