Steven Soderbergh’s enviable success isn’t without its hardships. The director, whose latest project has the public clamoring for information, is being tortured by press junkets.

Related story Is Your Medication Making You Depressed? 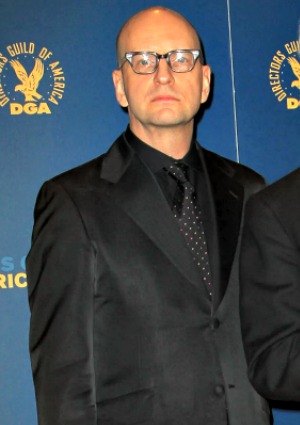 No one quite knows yet what Steven Soderbergh’s latest film, Side Effects, is. A medical mystery? Psychological thriller? While the Jude Law and Rooney Mara-led flick looks promising, promoting it is apparently a big pain.

“Press junkets are a very specific form of psychological torture for everyone involved,” Stephen Soderbergh recently told Yahoo Movies when he sat down to talk about Side Effects.

“It’s really bad. There’s no scenario once you don’t hate yourself. It’s impossible,” the 50-year-old continued.

“Matt [Damon] and I talked about that when we were doing The Informant. We’re talking about waterboarding, and he was like, ‘F*** that. You get the worst terrorist zealot and junket him for three days and we’ll break him. We will totally break him.'”

Thankfully, for Steven Soderbergh, he’s about to have a reprieve from the junket torture, as his self-imposed deadline for retirement has arrived.

Liberace biopic was “too gay” for every studio, except HBO >>

Sounds like there’s not much actual retiring planned for Soderbergh’s retirement! Here’s a look at Side Effects, in which the anxiety-ridden Rooney Mara turns to the new drug Ablixa for help.