As if the singer doesn’t have enough on her plate, she has decided to add a song to the soundtrack of one of the biggest movies of the year. 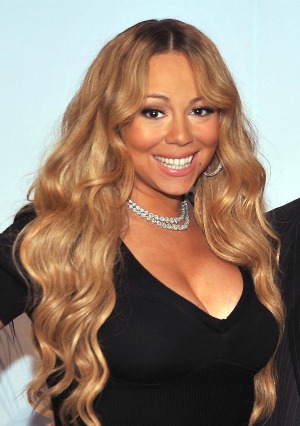 Don’t call it a comeback, but Mariah Carey is having a pretty good year. First she joined the judge’s table on American Idol; then she was rumored to be performing in Tina Fey‘s musical adaptation of Mean Girls. But now, it looks like the singer will be contributing to one of the most-anticipated movies of the year, Oz: The Great and Powerful.

Carey’s song “Almost Home” is set to be released Feb. 19, and the video will be directed by fashion photographer David LaChapelle, whom Carey has worked with before. He also directed her 2001 video for “Loverboy,” off the Glitter soundtrack.

She recorded “Almost Home” while in the studio laying down a new album that is set to be released in the spring, but there is no word on whether the song will make that album.

“Last August she teased fans about what that studio release might sound like with ‘Triumphant,’ a single featuring Meek Mill and Rick Ross,” said MTV. “Carey first promised fans that a new record is on the way last summer. And producer Bryan-Michael Cox [said] that album plans have been long in the works.”

In fact, the album has been in the works much longer than many might expect. It has been almost two years since she gave birth to her twins, but the album was planned long before that.

“She was committed to making it before she got pregnant. Then she got pregnant and she took the time off,” Cox told MTV last August. “Then after she came back, we started really vibing again and we picked up right where we left off. I just feel like between Jermaine [Dupri], myself and her, we came up with a few things that [are] really, really a solid body of work.”

Oz: The Great and Powerful stars James Franco, Mila Kunis, Rachel Weisz and Michelle Williams and is due out March 8, the same day the video for Carey’s song will be released.