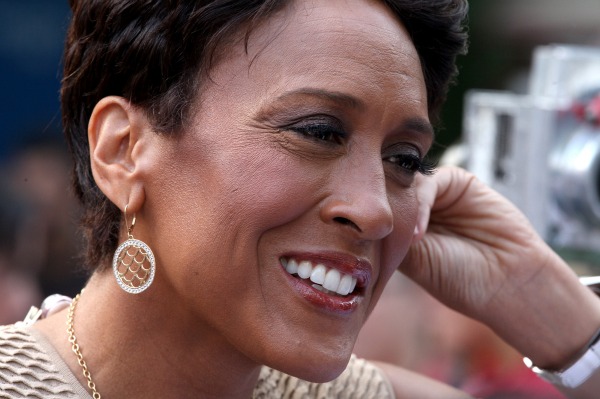 Five months to the day since she underwent a bone marrow transplant to treat a rare blood disorder, journalist Robin Roberts will return to Good Morning America later this month.

“After seeing my doctor again this week I now know when I can return to the anchor chair. Feb. 20th, which will be exactly five months since my bone marrow transplant.

“I’m excited to re-join my wonderful GMA family. I’m also looking forward to thanking YOU… for your many prayers and well wishes. Your compassion has been an enormous source of comfort to me and my family.

“I’m heading to the beach for the next week to reflect and give thanks for my many blessings.”

Robin Roberts leaves hospital, on the way to recovery >>

ABC News confirmed the return today, and her co-workers couldn’t be more pleased.

“She’s met with her doctors, they’ve cleared her to come back to the show Wed. Feb. 20,” announced GMA anchor George Stephanopoulos to a round of applause. “That is so soon and that is so great.”

“Robin will be back on an abbreviated schedule,” said co-anchor Sam Champion, “but eventually we’ll get her five days a week.”

Roberts went on leave at the end of August to begin treatment for myelodysplastic syndrome (MDS), a disorder doctors believe was caused by her radiation treatments for breast cancer.