Disney confirms Star Wars spinoffs. Not everyone is thrilled. We’re so conflicted! 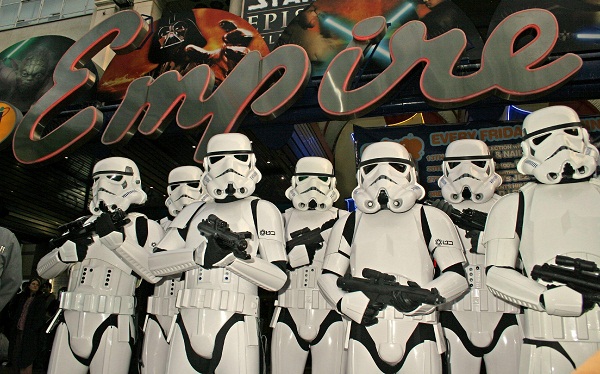 We can all agree that the Star Wars movies are, by far, some of the best movies in the history of cinema (or at least among sci-fi/fantasy movies). However, it’s no big secret that a lot of fans thought the series should have stopped after the original three. Even so, when George Lucas went ahead and created the three modern prequels, Star Wars fans flocked to the theater, even if they weren’t very happy with the outcome.

Now Star Wars fans really have something to worry about! 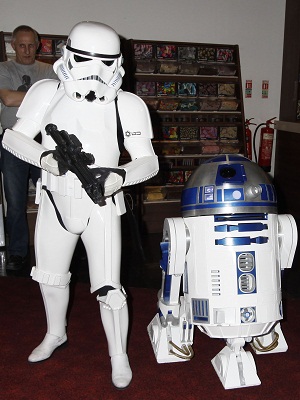 Disney announced yesterday that it would make multiple Star Wars “spinoffs” within the next few years. Be warned: These are not to be confused with the previously announced sequels to the popular franchise. Disney’s CEO, Bob Iger, recently commented on the forthcoming titles, and his explanation ought to clear things up.

“Larry Kasdan and Simon Kinberg are both working on films derived from great Star Wars characters that are not part of the overall saga,” Iger said. “We still plan to make Star Wars 7, 8 and 9 roughly over a six-year period of time starting in 2015, but there are going to be a few other films released in that period of time, too.”

That’s right, geekdom! We have the potential for half a dozen or so Star Wars movies in our future. Because, you know, Disney doesn’t make enough money already. The writers mentioned are quality guys. Larry Kasdan previously worked on Empire Strikes Back, and Simon Kinberg wrote X-Men: First Class.

The confirmation comes just days after Ain’t It Cool News began reporting rumors of a movie based on Yoda, everyone’s favorite green Jedi warrior. Will fans approve? It’s hard to tell. The nerd kingdom is a fickle lot. They love those big ears and that green, wrinkled Yoda face. But they’re also sticklers for continuity. One thing is for certain: They’ll be there, lightsabers in tow.

Star Wars 3D prequel releases: So not happening
Will he or won’t he? J.J. Abrams set for Star Wars 7
Empire Strikes Back writer hired to help with new Star Wars