Remember those adorable kids from Newtown at the Super Bowl? They’re coming back this weekend for a special Grammy performance. 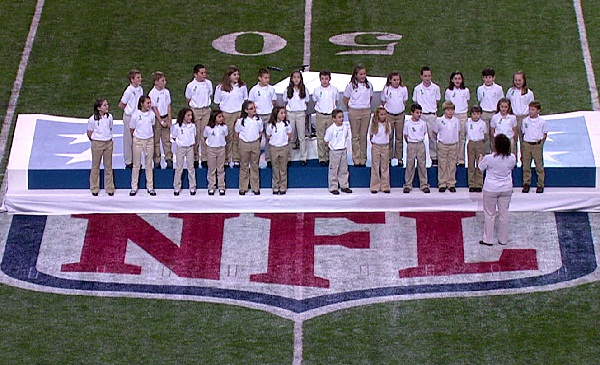 According to USAToday.com, a collection of survivors from Sandy Hook Elementary School will give a very special performance on Grammy night. The performance will start with a prerecorded version of “Somewhere Under the Rainbow” and then segue into a live performance of Carly Rae Jepsen‘s “Call Me Maybe.” They won’t parade the kids out to California for the event, though. Instead, the performance will happen via live simulcast, with Ryan Seacrest in attendance in Connecticut to help kick them off. One thing is for sure — it’s bound to be precious!

The Sandy Hook choir’s version of “Somewhere Under the Rainbow” is currently available for purchase, and proceeds go toward helping to fund free programs at the Newton Youth Academy. After the shooting, the Academy opened free sports programs to help the Newton kids deal with the events of that awful day. As time passes, the Academy would like to continue to offer free programs, and the proceeds from the download will help make that possible.

Since the massacre at Sandy Hook Elementary in early December, the entire country has rallied around the people of Newtown, offering support and condolences to the friends and family of the 27 children and teachers lost, as well as for all the children who had to live out that day huddled in classrooms while terrible things happened just down the hall. It’s a lot to deal with for the school, the community, the state and our entire country.

Seeing those smiling faces sure seems to help, though! Last weekend, we saw them at the Super Bowl when the Sandy Hook chorus and American Idol Jennifer Hudson kicked off the game with “America the Beautiful.” The performance was definitely one of the major highlights of this year’s spectacle. Their performance at the Grammys will surely be the same way.

Music in Books: Picks for the Grammys
Grammy memo warns stars to CYA — literally
O-M-Grammys! Most shocking moments from years past