Bon Jovi is a classic heartthrob who whisks listeners away with his raspy cooing — but does his latest single showcase an improved new sound or a disappointing regression? 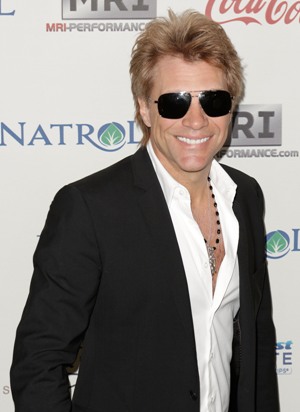 What were your favorite hits?

Die-hard or not, fans were ecstatic over the news that Bon Jovi would be releasing a new album, What About Now. But now that the dust has settled, the teaser/headlining track for the album, “Because We Can,” heavily influences how we could perceive the band’s latest venture.

I’ll momentarily try to ignore the band’s namesake and lead singer’s messy blond hair and chiseled jawline to note that beyond his charming demeanor and striking good looks, his talent is unquestionable. “Livin’ on a Prayer” in my eyes dramatically outweighed all of his other songs. However, “It’s My Life” and “Thank You for Loving Me” were certainly runners-up. What were yours, readers?

Where does this single stack up compared to its predecessors?

To put it gently, it’s possible the new release may not live up to the hype: Older Bon Jovi fans and those into classic rock/rock will not really find this track appealing. It’s reminiscent of a single you would hear on the Top 50 countdown. That’s not necessarily a bad thing, but I would have never labeled Bon Jovi as a mainstream band.

Sparkling pop elements invade this song, and you find the lyrics invoking — at times — corny and unnerving optimism. UltimateClassicRock.com puts it like this: “Fans of more authentic, grit-songs will need to keep digging.”

It’s a good song but perhaps not up to the standards Jovi has set. The lyrics are still poetic in their own special way:

“I don’t wanna be another wave in the ocean,
I am a rock not just another grain of sand,
I wanna be the one you run to when you need a shoulder,
I ain’t a soldier but I’m here to take a stand.”

Examiner.com in its review made the hefty claim that fans everywhere will still enjoy this power ballad (which you will — just maybe not as much as previous songs): “Fans of this irresistible band are legion, loyal and easily moved by all things Jovi.”

Sounds like a cult-ish obssession, and with this album, I’m sure the masses will be more than satisfied.

Need more new music? Check out our other reviews: