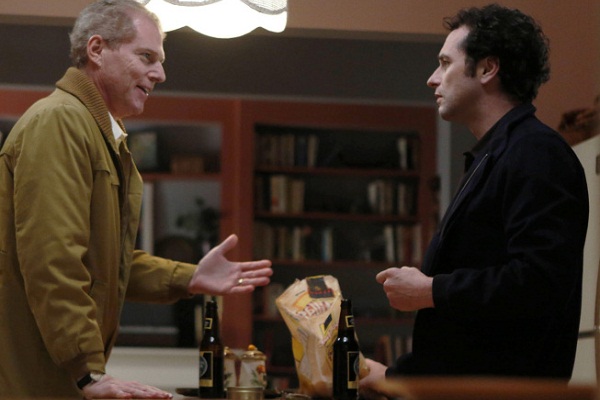 It’s not real work unless someone’s life is on the line.

This week, the Russian government asks far too much from Elizabeth (Keri Russell) and Phillip (Matthew Rhys). They need to find a way to plant a bug in the defense secretary’s home office, and it involves a lot more treachery than Liz and Lip are used to dealing with.

First, they need surveillance of the office. Philip has been “dating” this girlfriend of another D.C. power player, and he somehow convinces her to do it. With a camera strapped to her bra, she brazenly slips into the office during a dinner party and snaps a few pictures.

The couple immediately decides the best place for a bug is a clock on a bookshelf. What follows is the most stressful case of Liz’s life. They create a fake run-in with a young man, and Liz uses a trick umbrella to inject him with some sort of infection. The next thing we know, they’re showing up at the home of the defense secretary’s maid. They tell her if she doesn’t get the clock for them and then plant it back in the office once the bug is installed, they won’t administer the antidote. Gasp! At one point, the woman becomes so religious that she refuses, and Phillip has to hold a pillow over her weakened son’s face before she finally freaks out and agrees to do it.

Could you make it? 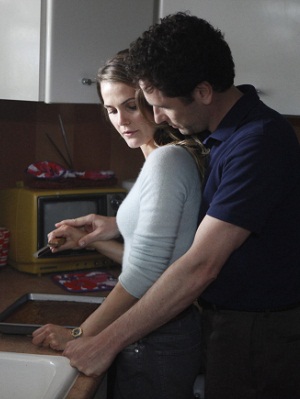 In the last two episodes, we’ve seen both Liz and Lip spend time in someone else’s bed in order to push forward whatever they’re working on. Sure, they didn’t originally marry for love, but it’s slowly formed between them… at least in some capacity. Just last week, Philip broke the neck of a man he’d previously been contemplating freeing… all because he could tell the man had hurt Elizabeth. If you had grown to love someone, how cool would you be with them crawling into bed with other people?

And what if they’re caught? Liz has taken to carrying a sidearm, not so much for self-defense as for self-elimination. If the FBI or CIA were ever to close in on them, she’d be willing to end her life to avoid torture. At the same time, she’s terrified for her children’s safety and their happiness and adjustment should anything ever happen to her and Phillip. At one point, she agrees to give her daughter her coveted ear piercings two years earlier than originally planned, quite possibly in an effort to toughen up her most sensitive child.

Is there any likelihood that they could be caught? Oh, yeah. Their new neighbor, who works in intelligence, keeps trying to become buddies with Phillip. At the same time, the pilot episode ended with the neighbor carefully shimmying the lock on their garage door and having a peek inside Liz and Lip’s car. (Phillip was ducked into a corner with his gun at the ready all the while.) This week, the neighbor brought over world-renowned caviar for Phillip to try, and while it seemed like a nice gesture, both men were uneasy with the amount of distrust and tension in the kitchen.

What do you think? Could you handle being a spy, or are you just going to stick to living vicariously through The Americans on FX instead?

More on The Americans