Boy band alert! The Wanted have set their sights on America. The UK sensations have joined forces with Ryan Seacrest to create their own TV show.

Related story The Wanted reveals their real reason for breaking up, and it's kinda stupid 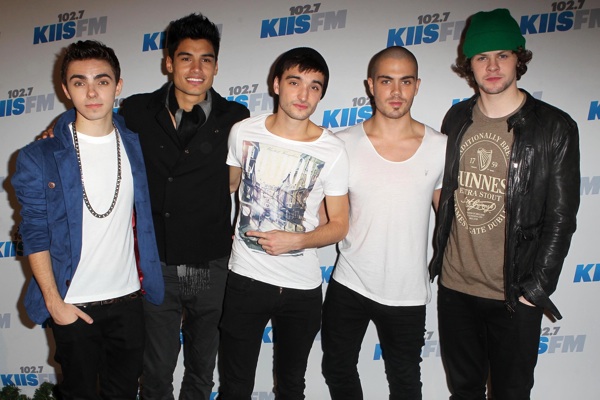 The Wanted are coming Stateside, and we don’t mean in concert. They’re heading to TV. The UK pop group have scored their own reality show. The E! Network has confirmed that it’s producing a new series called The Wanted Life.

According to the Los Angeles Times, E! released a statement saying:

“The rock star lifestyle is something that everyone has fantasized about and The Wanted are giving viewers total access into their world as they live out this dream,” said E! president Suzanne Kolb, “This series is a perfect blend of music, bromance and superstardom chronicling the lives of one of music’s biggest groups as they continue to make their mark on the global stage.”

This isn’t the first time the network’s poached overseas talent. It recently debuted Chasing the Saturdays, a reality series centered on the British girl group. The show follows the band members as they attempt to make it big in America. It’s a goal they share with The Wanted.

The Saturdays Signed Poster and a $50 iTunes Gift Card Giveaway >>

The Wanted Life plans to capitalize on the band’s European appeal. Executive producer Ryan Seacrest revealed, “America has a long history of falling for British bad boy musicians, so it’s no surprise that The Wanted are already beloved by legions of fans far and wide.”

“It’s a road that’s bound to include irresistible pop tracks along with plenty of humor, antics and drama behind-the-scenes, which I believe will further ignite fascination and even obsession with these guys.”

The Wanted are best known for the No. 1 iTunes hit “Glad You Came.”

The Wanted Life is scheduled to debut in June.