American Crossroads has taken aim at Ashley Judd, mocking the rumored political hopeful in a new commercial. Watch below as the actress gets nailed on everything from following Obama to hillbillies. 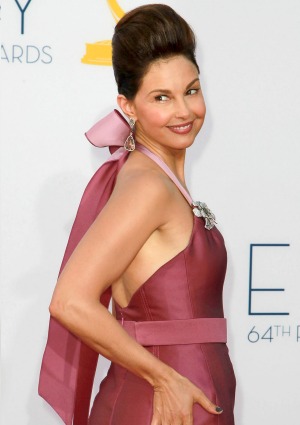 Ashley Judd is no stranger to torment from the press, but the actress has a new set of adversaries as she continues to flirt with entering politics.

In the commercial below, put together by the Karl Rove–affiliated American Crossroads, Ashley Judd is mocked over and over again.

Using sound bites from previous speeches, the ad pretends that the 44-year-old is what this country really needs.

In one clip, Judd says, “I will go wherever the president wants me to go,” and in another, she proclaims herself “a radical.” She also sings the praises of the highly controversial health care law popularly known as Obamacare.

While her loyalty to President Obama may be admirable to some, it also makes her a target for being called “a leader who knows how to follow.”

However, the point repeated most often in the Ashley Judd mockery is the star’s love for her “home” of Tennessee — odd, being that she’s from Kentucky, right?

“It just clicked. Tennessee is home,” she is heard saying in a speech delivered in September to the Tennessee delegation at the Democratic National Convention. Those listening to the full version, however, would have heard Judd explain at greater length her family roots and growing up on both sides of the border.

In response to American Crossroads’ $10,000 ad, Ashley Judd’s rep kept positive Wednesday, stating, “Ashley thanks Senator McConnell, Karl Rove and their negative allies for all the attention as she considers her future political plans, although a decision hasn’t been made yet.”

Do you think Ashley Judd should go into politics or keep to acting?