The Russians next door are taking things to the next level. Are you ready to see what they’ll do next for their country? 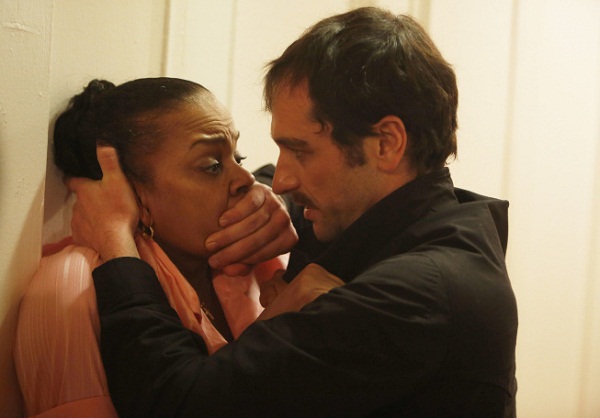 If you caught the first episode of The Americans, then you already know that FX’s brand-new show is awesome! If you haven’t, we highly recommend tracking down the premiere and then tuning in to tonight’s all-new episode.

It looks like Elizabeth (Keri Russell) and Phillip (Matthew Rhys) will continue to run into trouble on their quest to help their home country and be the best spies possible. This time, that trouble comes in the form of an unwilling maid. Our two favorite KGB agents are tasked with planting a bug in Defense Secretary Caspar Weinberger’s office, but it’ll all come down to one loyal and angry maid who works in the Weinberger home. To what lengths will Elizabeth and Phillip go to complete their mission? Will everyone make it out alive?

Here’s a look at the preview for this week’s episode:

Intense! (Side note: Matthew Rhys is always adorable, but that straight, ’70s police-detective wig isn’t really working for him. The long hair from last episode was fun, though!) 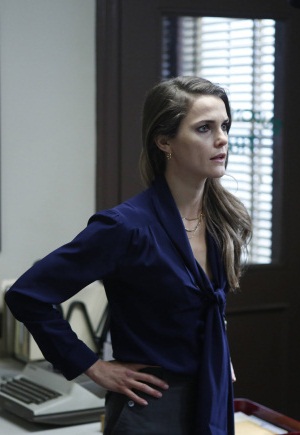 In case you missed our primer (or the pilot), Elizabeth and Phillip look and sound like your average, everyday Americans. There’s just one thing: They’re not. The couple is actually from Russia, and both are actually trained KGB operatives. They didn’t just fall into their jobs later in life, either. They were practically born into it. Elizabeth was nearly still a teenager when she began training. As a matter of fact, when Liz and Phillip captured a target during the pilot, he turned out to be someone who had “trained” her. At one point, that training turned into rape. Despite not knowing exactly what happened between Elizabeth and their hostage, Phillip sees the pain and the anger in her eyes when she looks at him. Their hostage doesn’t make it out of their garage alive. That’s some fierce loyalty from a marriage that was arranged by the Russian government! Despite that loyalty, though, it looks like someone in the marriage will eventually turn soft.

More on The Americans