It a match made in teen heaven! Gossip Girl‘s Leighton Meester is reportedly dating The O.C.‘s Adam Brody. 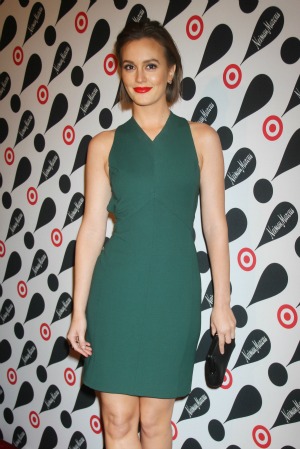 Us Weekly was the first to report that the new duo have been dating for several weeks. They worked together in 2011 on The Oranges and their friendship from that experience continued beyond the film set.

A source revealed to Us Weekly, “They were always close and friendly.”

Now that their blossoming love has been exposed, the entertainment magazine published photos of Brody leaving Meester’s home on Wednesday. It looks like their moment of privacy is officially over as the paparazzi is on high alert now, too.

Besides a visit to her L.A. house, the couple have also been also spotted at the Los Angeles County Museum of Art, and they traveled to Bangkok in the early part of the year.

A trip halfway around the world seems pretty serious to us.

Brody first gained fame for his comic book fanboy role, Seth Cohen, in the WB’s soapy teen hit The O.C., which launched in 2003. He will be seen as Harry Reems in the highly anticipated film Lovelace, starring Amanda Seyfried and Peter Sarsgaard.

It will be fun to watch this young romance blossom since it’s a match made in teen-show heaven. We should have known the snobby Blair Waldorf would fall in love with a geek like Seth Cohen.