According to Britney Spears’ longtime manager, Larry Rudolph, the pop singer is going to be headlining a Las Vegas show. Rudolph told Extra to expect an announcement soon. 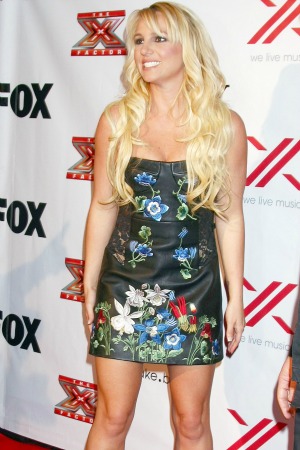 Guess who is officially headed to Sin City? It’s Britney Spears! On Tuesday, Extra exclusively revealed that the pop singer would definitely headline a new show in Las Vegas.

The entertainment show spoke with Spears’ longtime manager, Larry Rudolph, who said, “We are in deep negotiations and I’d be shocked if it didn’t happen. Hoping to have a deal done very soon.”

According to Rudolph, their focus has been narrowed down to two casinos. One of the possible deals is with Caesars Entertainment Group. The corporation owns nine properties in the gambling mecca including Caesars Palace, Planet Hollywood and the Paris.

It would make sense for Spears to sign a contract with that particular casino entity since they have been very successful with long-running musical acts on the Strip like Celine Dion, Donny & Marie and Elton John.

The former X Factor judge is looking for her next chapter since she left the talent show after one season, and she’s beginning a new life without fiancé Jason Trawick. Settling into a long-term contract in one spot is an ideal situation for a single mother with two boys.

It will also give her the opportunity to support the new album she’s working on without having to go on a world tour.

While Rudolph teased the announcement, Extra is saying to expect the news “in the next few weeks.”

We can’t wait to see the “Toxic” singer back on the big stage where she belongs.