Soccer star David Beckham films an underwear commercial that’s more like an action movie, as he jumps, swims and runs through the Los Angeles suburbs clad only in a pair of boxer briefs and bedroom slippers. 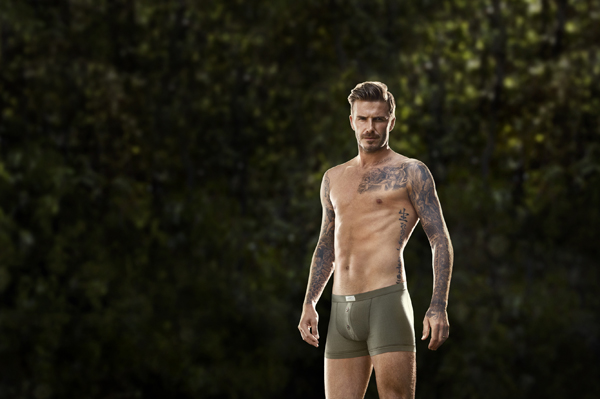 The soccer icon shows off his form in a new ad campaign for H&M, which has sold Beckham’s body wear line for just over a year.

In the ad, helmed by crackerjack British director Guy Ritchie, Beckham is telling his family goodbye in a driveway when their car door rips off his bathrobe. In pursuit of the robe, Beckham runs through backyards, jumps over fences and races down streets, occasionally pausing to give us a look at his goods.

We could waste more time describing it, but why do that when you can gaze upon the broad-shouldered, finely sculpted thing that is a nearly nude Beckham?

https://youtube.com/watch?v=il21FZu-IUY
Our only quibble with the ad: It’s all fine and well to have two separate shots in which the prime Beckham posterior is displayed. But why have him pick a wedgie? Is it a good thing for an underwear campaign to imply that its undies climb into your crack?

In an email interview with the Associated Press, Beckham said he loved Ritchie’s breakout film, Lock, Stock and Two Smoking Barrels: “It came out in 1998, which was such an exciting time to be British,” Beckham wrote. “I remember the attitude and energy of the film as if it were yesterday, and it went on to define so much about how British men saw themselves for years to come.”

So does Beckham want to be an actor full-time? Nah, he says: “Playing football is all I’ve ever wanted to do.”