Kim Kardashian is going through a lot right now. She’s pregnant with her boyfriend’s baby but is not yet divorced from her husband. Her doctor is reportedly worried one thing could affect the other. 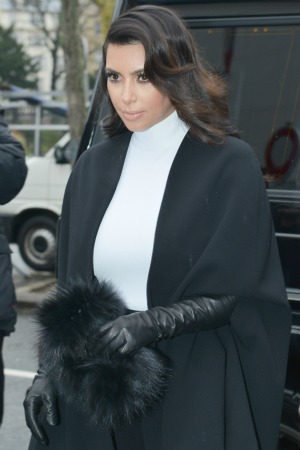 For someone who has never really had a real job, Kim Kardashian sure has a busy life. The girlfriend of Kanye West is pregnant with his baby and currently undergoing a divorce from her husband of 72 days, Kris Humphries.

But Kardashian’s doctor reportedly believes those two things don’t mix. According to TMZ, she had a small emergency in the middle of the night.

“Kardashian experienced pains in the middle of the night and called her doctor,” said the New York Post. “After his examination, he determined that the pain was stress-related due to her messy divorce from Humphries.”

There is no word on when this incident occurred, but TMZ continues by saying Kardashian’s pains returned on Tuesday, just hours before meeting with her divorce attorney.

“Her doctor allegedly warned her that there could be ‘long-term effects’ if she does not put a handle on the situation,” said the Post. “Sources said that she is ‘freaked out’ that her pregnancy could be at risk.”

Meanwhile, the divorce is getting pretty messy, and Humphries is now claiming that Kardashian is using her pregnancy to speed up the proceedings.

“What is really going on here is that an ‘urgency’ in the form of an apparently unplanned pregnancy, something the Respondent had nothing to do with, is perceived by Plaintiff as an opportunity to gain a litigation advantage by trying to force this court to prematurely set this matter for trial,” Humphries’ attorney Marshall Waller told E! News.

Humphries claims he cannot attend a deposition for the divorce until May because of his game schedule. He also claims that his marriage was a PR stunt for Kardashian, so is seeking an annulment.

Humphries’ attorney said Kardashian should be able to wait until May.

“What are they hiding?” Waller asked, according to the Hollywood Reporter. “What is there in the raw footage of this televised courtship, 72-day marriage and resultant breakup that they are so afraid of us discovering?”

Kardashian said she is hurrying because she just wants to move on.