Extra (and Alec)’s Hilaria Baldwin recently caught up with New Jersey Gov. Chris Christie and asked him all sorts of fun questions. 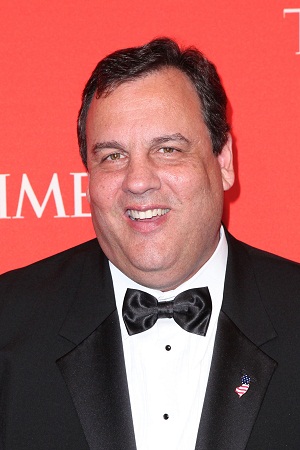 After a spectacular late-night appearance, some fine law laying to his constituents and lots of rumors, New Jersey Gov. Chris Christie still has a lot going on in his life.

To begin with, he has a campaign to run. For president? No… At least, not quite yet. When Extra‘s Hilaria Baldwin asked him if he had plans to run for president during the next campaign, he neither confirmed nor denied the possibility.

“I’m running for re-election,” Christie reminded Baldwin. “So I’ll work on that first, but my job is to finish the job of fixing the state here.”

As governor of New Jersey, Christie is pretty much “the boss” of the state. He’s laid down the law on multiple occasions. (Our favorite is still when he told people to “get the hell off the beach.”) But, is Christie the boss at home? Not so much!

“My kids very much still see me as their dad,” he told Extra, explaining how life hasn’t changed since he’s become governor. “I mean they are aware of all the things happening around us and they know our lives are different now because of that, but inside the house it’s not a whole lot different than it was before… I’m still not the boss of them.”

Sounds like he’s pretty laid-back, huh? We already knew that, though, from the way he handles the late-night grief from guys like Letterman and Leno. Just the other night on David Letterman’s show, he helped make the joke even better by pulling a pastry from his pocket. He doesn’t mind the jokes, but he has one stipulation.

“I say to all the late-night guys, all of them have their shots with me, as long as they’re funny, I don’t mind,” he said.

For more on Gov. Christie, watch the newest Extra or watch the interview at their site!