We’ve got to hand it to Jennifer Love Hewitt: The 33-year-old actress is undeniably sexy in her sultry new music video for “I’m a Woman.” Watch the full-length video below. 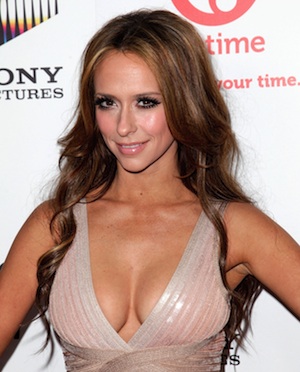 Hewitt — who stars in the hit Lifetime series — just released a music video that shows her stripping and singing “I’m a Woman.” The advertisement is extremely steamy and shows off Hewitt’s gorgeous body.

Sexy, steamy television: The Client List gears up for Season 2 >>

Hewitt teamed up with Randy Jackson to produce the track and music video, and not only does she look hot, she also sounds fantastic. You can even purchase Hewitt’s version of “I’m a Woman” on iTunes.

Boobalicious! Jennifer Love Hewitt’s cleavage is in your face >>

Hewitt announced the sexy music video via Twitter, but was initially coy with her fans about the promo. She tweeted, “I have a fun surprise for you all later today…” and then later tweeted, “surprise! full length version of my new promo! Let’s get it trending! Season 2 is gonna be hot!”

A few hours later, she thanked the production team behind her music video. She tweeted, “Thanks to Randy Jackson for doing an amazing job on the song for our promo. It was dream.”

So far, the video has garnered a few thousand views and seems to be picking up steam.