Beyoncé may have rocked the Super Bowl halftime show, but PETA is fuming over the singer’s costume decisions. 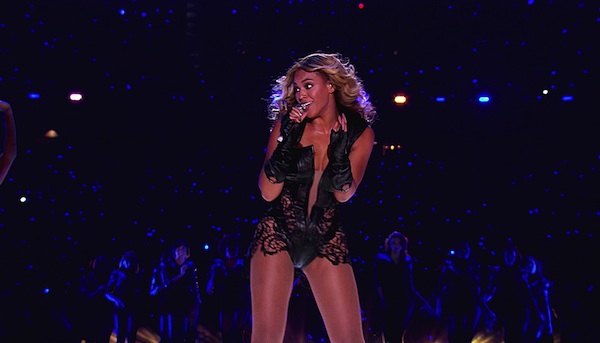 We all know Beyoncé nailed the Super Bowl halftime show. She brought her alter ego, Sasha Fierce, to the stage and commanded everyone’s attention with amazing pyrotechnics and killer vocals.

Beyoncé brought so much charisma and power to the Mercedes-Benz Superdome in New Orleans that many fans on Twitter nicknamed the Super Bowl the #BeyoncéBowl. But as much as she blew the audience away, it seems PETA is quite unhappy with Mrs. Carter’s costume selection.

“Over the next two months there were no less than five fittings and well over 200-man hours with a team of 14 dedicated to creating the final look…,” Singer said. “One full week leading up to the event in daily dress rehearsals at the Superdome was also required to make sure everything was perfect for the big night.”

Not surprisingly, PETA is furious over the designer’s use of animal skins for the costume. In a formal statement to the press, it said: “We would take a bet that if Beyoncé watched our video exposes she’d probably not want to be seen again in anything made of snakes, lizards, rabbits, or other animals who died painfully. Today’s fashions are trending toward humane vegan options, and Beyoncé’s Super Bowl outfit missed the mark on that score.”

This is not the first time PETA has criticized Beyoncé. For years, the organization has slammed the star for her choice of wearing fur though it seems it called a “ceasefire” with her in 2008 when it couldn’t find any reports of her wearing fur.

What do you think: Did Beyoncé’s costume go too far?

55 mins ago
by Chloe Castleberry