The singer jumped at the opportunity to sign on for last season’s The X Factor, but now she says that if she had thought it through, it would have seemed like a bad idea. 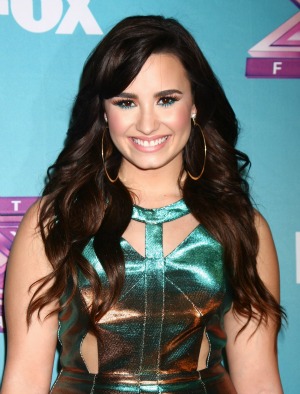 on last season’s The X Factor, but it sounds like in hindsight, she wishes she hadn’t done it. In this month’s issue of Cosmo on Campus, the singer said she probably had too many issues at the time to take the job.

“I don’t think I was ready when I started on The X Factor,” Lovato told the magazine, according to MTV. “In an ideal situation, I would have maybe waited a year or more [after coming out of treatment].”

The former child star has battled eating disorders and cutting, among other problems, and she had been released from rehab just before the season started in the fall of 2012.

But in the end, it looks like it all turned out for the best. Lovato sounds truly happy about where she is today.

“I dived into work really quickly and maybe that wasn’t the best idea at the time,” she said. “But the place I am in today is so much better than I could have ever imagined, so I’m really glad.”

That time off has included time off from guys as well, but she said she is ready to get back into the world of dating soon.

“Now I’m in a place where I can finally trust and love and be a better person for the man I am in a relationship with,” Lovato told the magazine. “Instead of being a clingy girlfriend or getting jealous.”

But she seems to have learned her lesson and is not jumping into anything without the guy knowing exactly what he is getting into.

“I’m a southern Texas girl. I have a really strong personality — I speak my mind and I don’t hold back,” Lovato said, according to MTV. “I’m the type of woman who doesn’t put up with bullsh–, so when I date I have to find someone who won’t either. I don’t think any woman should ever hold back what she’s really thinking.”

Even though her counterpart judge Britney Spears has left The X Factor, Lovato hasn’t decided (or it hasn’t been decided for her) if she will be returning to the show. She told MTV that she has “no idea” if she will be back next season.

But she is now truly happy with who she is, and that’s what seems to matter most to her.