Brian and Dom are back in action. The duo has returned for Fast & Furious 6, where they’ll put their skills to the ultimate test. Get a sneak peek at their latest adventure with a new extended trailer. 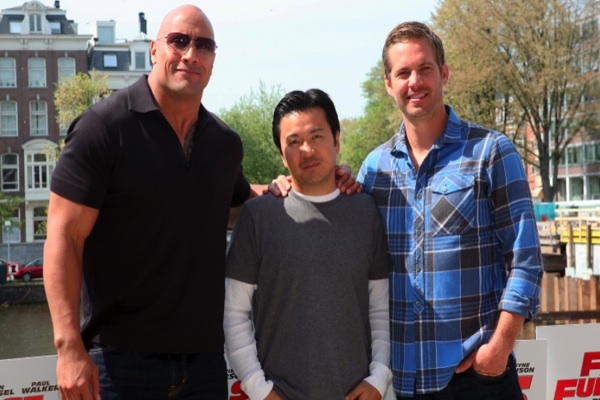 Super Bowl Sunday provided us with the first trailer for Fast & Furious 6. It’s the latest sequel in the action franchise starring Paul Walker and Vin Diesel. One TV spot just wasn’t enough. Two days after its big-game debut, Universal has released an extended look at the film.

The video gives us over three minutes of footage from Fast & Furious 6. Once again, the usual suspects have returned for a high-octane job. But this time, they’re working on the right side of the law. Hobbs (Dwayne Johnson) needs Brian (Walker) and Dom (Diesel) to help him stop a criminal mastermind.

British actor Luke Evans plays the villain Owen Shaw, who’s aided by Michelle Rodriguez‘s Letty. If you’ve followed the series, you know she was presumed dead following the fourth movie. Yet, she reappeared during the post-credits sequence in Fast Five.

Dom will be extremely surprised to see his ex-girlfriend alive and kicking. Or should we say shooting? Judging from the trailer, she may have revenge on the brain. She pulls a gun on her former beau. There’s no love lost on her end. What made Letty turn to the dark side?

Fast & Furious 6 is directed by Justin Lin and hits theaters May 24.

What do you think of the first look at Fast & Furious 6? Are you happy Letty’s back?