Calling all gamers! The nominees for the 2013 NAVGTR Video Game Awards have been revealed. Major franchises like Far Cry, Mass Effect and The Walking Dead have all scored nods. 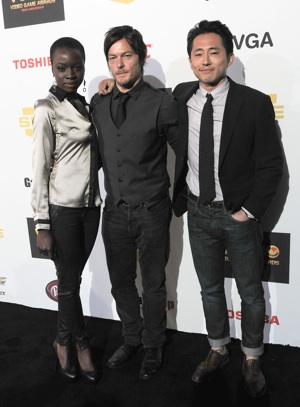 The National Academy of Video Game Trade Reviewers (NAVGTR) has announced its nominees for the 12th Annual 2012 NAVGTR Awards.

6 Video games you can play with your kids >>

Several familiar titles top the list of contenders. The action adventure Far Cry 3 leads the pack with 12 nominations. Heavy hitters Max Payne 3 and Mass Effect 3 are on its tail with 10 nods each.

Assassin’s Creed III earned nine, while the video game adaptation of The Walking Dead pulled an impressive eight, alongside Journey.

The winners will be revealed March 24, following the PAX East gaming show in Boston.

Check out the rest of the competition below*

Game of the Year?

Lead Performance in a Comedy

Lead Performance in a Drama?

Supporting Performance in a Comedy ?

Supporting Performance in a Drama?

What do you think of this year’s nominees?