Chris Brown found luck on his side when Frank Ocean decided not to press charges against him in their parking lot feud. On Tuesday, the Los Angeles Sheriff’s Department declared the case closed. 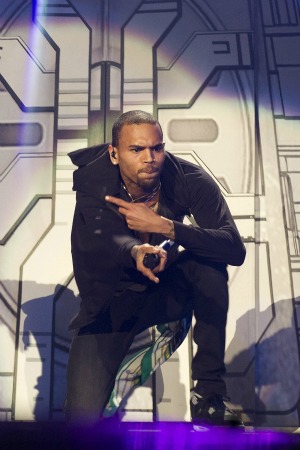 Chris Brown dodged a bullet when Frank Ocean decided not to press charges for a brawl over a parking spot last week in Los Angeles. The singers were outside a recording studio when the altercation began between their crews.

After taking some time to cool down, Ocean posted a note on his Tumblr page on Saturday to explain why he was not filing a claim.

He wrote, “I’ll choose sanity. No criminal charges. No civil lawsuit. Forgiveness, albeit difficult, is wisdom. Peace, albeit trite, is what I want in my short life. Peace.”

As a result of his decision, the Los Angeles County Sheriff’s Department announced on Tuesday that they are closing the case.

A spokesperson for the department, Steve Whitmore, told MTV News, “We are closing the case. We [just] have to loop back with Mr. Ocean to make sure what he said on social media is what he’s intending.”

Once they confirm Ocean’s statement, that will be the end of the parking spot drama. That’s great news for Brown, who might have faced misdemeanor battery charges for his role in the fight as well as probation issues stemming from his 2009 assault case with Rihanna.

There are a lot of unsubstantiated claims as to who threw the first punch and who was truly involved in the fight, but there appear to be a few injuries. Ocean discussed his cut finger on Twitter and Brown was seen sporting a cast on his hand.

Either way, both singers will be at the Grammys on Sunday as nominees, with Ocean also doubling as a performer. Let’s hope the two keep the peace and don’t come to blows on that red carpet.