This gothic, supernatural love story is a mix of moody teens, Civil War ghosts and powerful curses. Based on the novel by Kami Garcia and Margaret Stohl, this movie is perfect for a fun Valentine’s night out, whether you’re mortal or not. 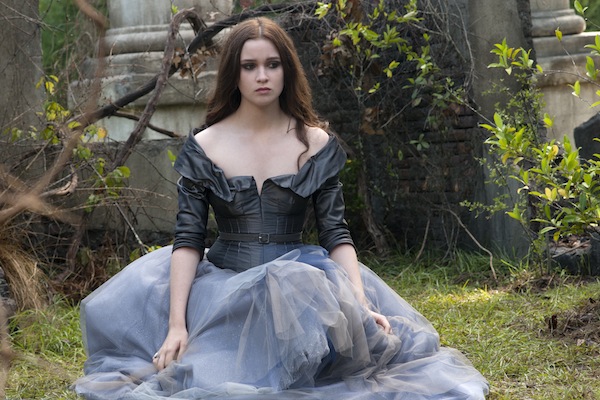 Welcome to Gaitlin, South Carolina, a small conservative Southern town that hasn’t changed in decades. Ethan Wate (Alden Erenreich) longs for the adventures he reads about in his literati books like A Clockwork Orange and Slaughterhouse-Five. But when he’s not reading, this curious and charming teen is plagued by a strange dream that haunts his sleep.

Ethan’s dream involves a mysterious young woman on a Civil War battlefield. Every time he tries to embrace this goth beauty, he’s zapped with a lightning bolt. Despite the fact the dream is shrouded in danger, Ethan is certain that somehow, this girl is his destiny.

Boring little Gaitlin gets its own jolt of electricity when Lena Duchannes (Alice Englert) comes to town. Though she’s not riding an actual broomstick, she’s sexually charged and cryptic, causing the town to suspect she’s a witch. Being the niece of Macon Ravenwood (Jeremy Irons), the creepy antisocial owner of Ravenwood Manor doesn’t help her social status, either. 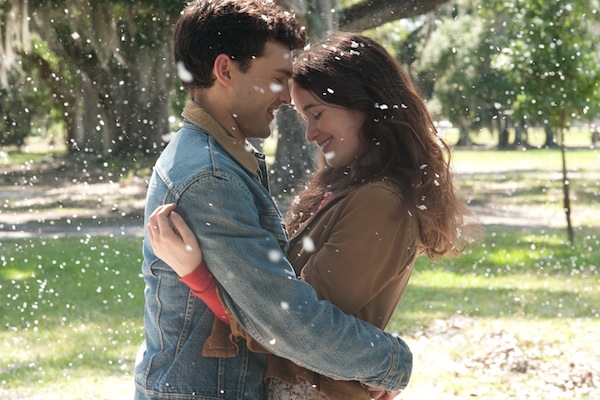 While Lena is shunned by her high school for a little thing like making all the windows shatter due to her bad mood, Ethan is inexplicably drawn to her, risking big trouble when he sneaks into the scary, shape-shifting Ravenwood Manor. Lena finally lets down her guard and finds she’s drawn to Ethan’s kindness and charm. And her uncle hates him, so he’s got that going for him.

But Ethan gets more than he bargained for when lovely Lena tells him she’s a “caster” with magical powers. But don’t call her a witch — that’s a term ignorant mortals use when they don’t understand the true nature of good and evil.

When they both touch an antique locket, they share visions of their Civil War connection. Finally, Ethan’s found the woman from his dream — but is this a good thing? 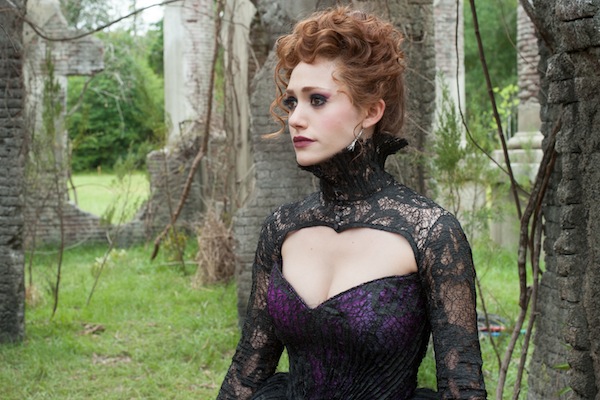 About to turn 16, Lena is poised to discover if her supernatural fate will lead her to the dark side or the light. Desperate to stay on the benevolent light side, she fears the worst and worries that innocent Ethan will suffer if she is called to represent the powerful and destructive dark side of nature. Hey, it’s a tough job, but someone’s got to do it.

Bottom line: A new addition to the vamp/zombie/witch genre that makes morbid metaphors out of teen angst, Beautiful Creatures is a love story that is visually surprising and fun. The gothic flashbacks to the Civil War are enticing and the costumes playful and edgy. Teens all over will enjoy this film.

Running time is 1 hour, 58 minutes and there are no extra scenes after the credits.