The band has been apart for three years, but it looks like they’re ready to go back to their first love — each other. 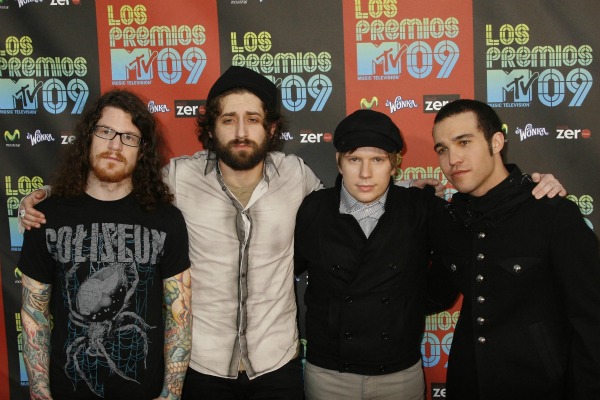 It’s been three years since Fall Out Boy went on “hiatus,” but no one knew exactly what that meant. Did they break up? Did they just need some time off?

Fans got their answer when the band announced they would be returning, and in a big way.

“We missed you,” bassist Pete Wentz tweeted Monday, along with a link to the video for their new song, “My Songs Know What You Did in the Dark (Light Em Up).”

Over the past three years, the band members have been through a lot. Wentz and his wife Ashlee Simpson divorced, they each attempted side projects and collaborations, and through it all they had to ignore the rumors of if they would be getting back together. Or not.

“One of these days there may actually be news and you won’t be able to hear it over all the rumors,” lead singer Patrick Stump tweeted back in October.

Stump was one who had a successful solo career during their time off, as well as success in his personal life.

“As a solo artist, the Fall Out Boy vocalist opened for Bruno Mars, Janelle Monáe and Panic! at the Disco, collaborated with Lupe Fiasco, and contributed to All Time Low’s 2012 Don’t Panic album,” said Billboard. “He also married his longtime girlfriend in September 2012.”

Andy Hurley and Joe Trohman formed the band The Damned Things along with members of Every Time I Die and Anthrax, and sold 31,000 copies of their album, according to Billboard. But that band is also now on hiatus after the other two members went back to their original respective bands.

Fall Out Boy is insisting they never broke up, they just needed some time off.

“When we were kids the only thing that got us through most days was music. It’s why we started Fall Out Boy in the first place,” said a statement on the band’s website. “This isn’t a reunion because we never broke up. We needed to plug back in and make some music that matters to us. The future of Fall Out Boy starts now. Save rock and roll…”

In fact, Save Rock and Roll is the name of the band’s new album, which will be out May 7. The tour kicks off May 14 in Milwaukee. It will take them all around the U.S. and Canada, and wrap up June 30 in Nashville.

The band played a sold-out show in Chicago on Monday.