An embarrassed John Travolta petitioned a California court for arbitration in the lawsuit filed against him by a cruise ship masseur — with that bid rejected, the public may get to hear the dirty details in court. 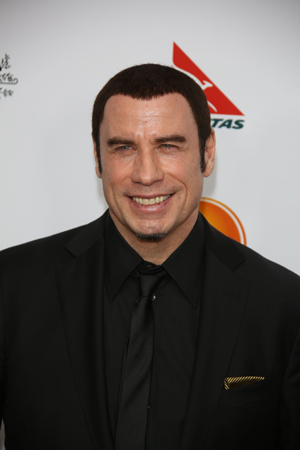 John Travolta was hoping the public wouldn’t hear any more about the lawsuit filed against him by a cruise ship masseur, but it looks like that hope’s for naught.

A California judge has rejected a petition by the actor’s lawyer seeking arbitration in the lawsuit, which alleges that Travolta engaged in contact that was “nonconsensual, inappropriate, extreme and outrageous.”

If the court had allowed the arbitration, the case could have been settled quickly, and perhaps most important, behind closed doors.

Now chances are looking good that Travolta will have to defend himself in an open-to-the-public (and reporters!) court.

The story began last June, when Royal Caribbean cruise line massage therapist Fabian Zanzi accused the Grease star of wriggling out of his clothes while Zanzi was massaging his neck, and then “forcefully embracing him.”

Supposedly, the misconduct occurred during a cruise in June 2009. Zanzi is seeking unspecified damages.

Zanzi was one of several men to claim Travolta gave them unwanted attention. Two other masseurs claimed to be groped by Travolta during massages in Beverly Hills and Atlanta. Both men dropped those lawsuits soon afterward.

Zanzi’s claim, however, is still moving forward. He seeks a jury trial to determine compensation.

Another claim by author Robert Randolph, who wrote the book You’ll Never Spa In This Town Again, which contains anecdotes about Travolta frequenting gay bathhouses, was decided in December.

Randolph filed a libel suit against Travolta and attorney Martin Singer, alleging the two were conspiring to discredit him by spreading rumors Randolph had a mental illness and had been to a mental hospital.

That suit proved unsuccessful, and Randolph was ordered to pay Travolta’s $139,645.17 legal bill.

“This legal fee award is another complete and total victory for Mr. Travolta,” said Martin Singer, Travolta’s attorney in a statement.

Well, sort of, in a way. But in another way? Doesn’t look good!

Travolta has been married to Kelly Preston since 1991. The two celebrated the birth of their third child, Benjamin, in 2010.