U.S. skier Lindsey Vonn was injured on the slopes during a super-G run at the World Ski Championships in Austria on Tuesday. Is her 2014 Winter Olympics dream over? 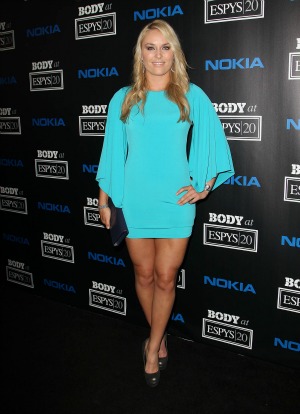 One of the most successful female skiers in the United States, Lindsey Vonn was injured during her super-G run on Tuesday in Schladming, Austria. The horrific crash resulted in Vonn being airlifted to a nearby hospital for treatment.

The timing could not have been worse for the four-time World Cup winner as the 2014 Winter Olympics in Sochi, Russia, are about a year away. Any type of injury takes time to heal and needs rehabilitation before the athlete can hit the slopes again.

Vonn had just taken some time off to deal with an intestinal illness that required hospitalization in November.

The accident took place after the Olympian landed a jump. She lost her balance on the right leg as her ski went flying off. Vonn then tumbled headfirst and slid down the course, hitting a gate in the process. Once she came to a halt, it was clear that she was injured.

After receiving treatment on the course, Vonn was then taken to an area hospital. The injury appears to involve her right knee, but there is no further information on her condition from U.S. ski team officials.

The race had already been delayed 3-1/2 hours for fog while Vonn’s injury caused another 15-minute postponement. The conditions were challenging to some of the skiers.

Fabienne Suter of Switzerland told the Associated Press, “It’s not a very difficult course, but in some parts you couldn’t see anything.”

Vonn was in second place at the time of the crash, only trailing the race leader, Tina Maze of Slovenia, by 0.12 seconds.