Brenda Strong is no stranger to family drama. After all, she was the voice of ABC’s Desperate Housewives for eight seasons. It takes a lot to outshine Wisteria Lane, but Dallas fits the bill. 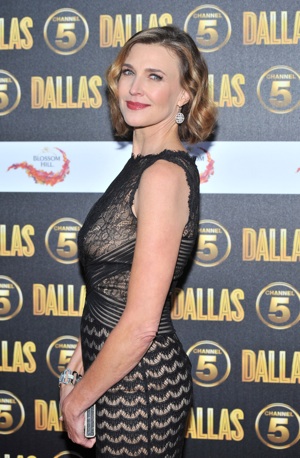 Viewers learned that she’d been deceived about her daughter’s disappearance. For over 20 years, Ann was under the impression the child was kidnapped.

It turns out, she was abducted by her own family. Bobby discovered that Ann’s ex-husband, Harris (Mitch Pileggi), and his devious mother, Judith (Judith Light), took the girl and raised her overseas.

In a Q&A with TV Fanatic, Strong revealed that there’s no love lost between Ann and her former mother-in-law.

“It’s very safe to say they don’t get along. In fact, talk about female rivalry — they are very much at odds,” Strong explained. “One of the main reasons why Ann has such a tortured past was because of this woman.”

It sounds like Judith has some Mommie Dearest tendencies. With a mother like that, no wonder Harris turned out the way he did. Strong hints that we’ll find out more about his background, which isn’t all sunshine and roses.

Sympathy for Harris? That’s something we’d like to see. So far, he’s been in a thorn in our side.