The Transformers franchise is alive and well. After taking a short break, it will be back in theaters with a new cast. Director Michael Bay teases a redesign that will “freshen” the series. 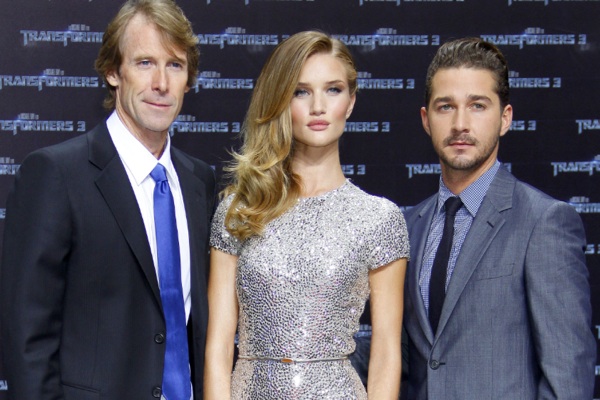 Next year marks the return of the Autobots and Decepticons. Michael Bay will once again direct the latest sequel in the Transformers franchise. This time around, there’s a major twist: The film will have a new look and a new cast.

Last year, it was confirmed that Oscar nominee Mark Wahlberg would headline Transformers 4. That’s quite a shift from the young Shia LaBeouf. The actor will star alongside relative newcomer Jack Reynor to kick off another trilogy.

Bay recently spoke with Forbes about his Transformers transformation.

“We’re going to start off smaller. There’s a brand-new cast,” Bay said. “To freshen the franchise we’ve redesigned everything from top to bottom. The history of the first three movies is still there — we start four years later and there’s a reason why we’re meeting a new cast.”

Despite the makeover, Bay insists the film isn’t a reboot. He wants to nip those rumors in the bud.

“No, that’s wrong. We keep the Transformers the way they were — it’s just four years later,” he explained. “There’s a reason the Transformers are redesigned. We’re trying to broaden the franchise and give it more places to go.”

He’s right. The series will need something to keep it interesting. Transformers: Dark of the Moon felt redundant and uninspired. Hopefully, its successor will be bigger and better.

Before Bay tackles robots again, he’ll work with Wahlberg and Dwayne Johnson in Pain & Gain, an action comedy that debuts this spring (April 26).

Transformers 4 is scheduled to hit theaters in 2014.