The Ricki Lake Show‘s been canceled! Just one season after getting a reboot, the show that made viewers chant their favorite host’s name has gone quiet. No worries: Ricki Lake herself is quite literally moving on.

Related story What You Should Know About Lilly Singh, the Next Big Thing in Late-Night TV 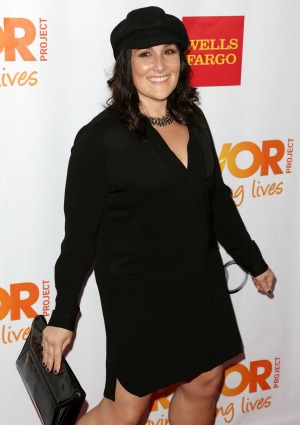 The Ricki Lake Show is once again a thing of the past. Despite much hype surrounding the relaunch of the show that initially ran from 1993 to 2004, low viewership numbers have landed it in the canceled pile.

“I am so proud of the shows we completed this season, sparking important conversations about everything from raising children to mental illness to suicide prevention to coming out,” Ricki Lake said in a statement as news of the show’s cancelation spread.

“I will continue to be an active and passionate voice for subjects that are close to my heart through a variety of platforms.”

While that sounds promising for fans of the 44-year-old’s The Business of Being Born series, she won’t be furthering that work stateside! Lake, who exchanged vows in April 2012, has revealed plans to take her husband, Christian Evans, and sons abroad.

“We are relocating [to Ibiza] as soon as we possibly can,” Contact Music quotes Lake as saying of plans for their family, which includes 15-year-old Milo and 11-year-old Owen, born during her first marriage to Rob Sussman.

”We got engaged there, we went on our honeymoon there — it is our paradise. And the best part is, nobody in the US knows about it, and nobody there even knows me.”

Ricki Lake eloped after too much DWTS princess time >>

Jeff Probst’s talk show faired only marginally better than Ricki Lake’s, and it’s not expected to return either.

Meanwhile, Katie Couric’s Katie has been renewed for a second season, and The Steve Harvey Show will also be back. While Anderson Cooper will end its two-year run in May, USA Today reports the fall will bring new ventures from Arsenio Hall and Queen Latifah.

Are you sad to see The Ricki Lake Show go?

36 mins ago
by Chloe Castleberry