Side Effects stars Channing Tatum and Rooney Mara discuss their roles in the film and their thoughts on director Steven Soderbergh’s retirement, including whether he’ll make Magic Mike 2. 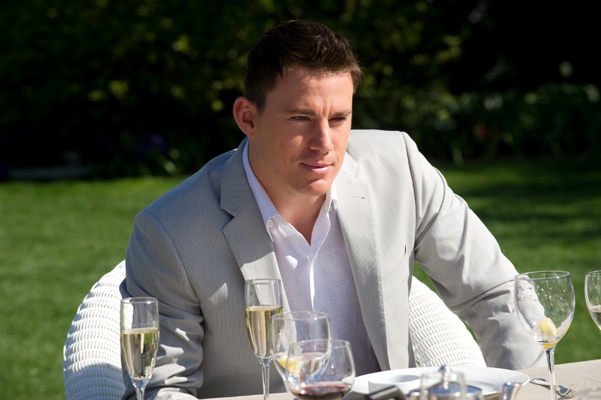 Channing Tatum is psyched to be starring in his third Steven Soderbergh film, Side Effects, and told us all about the role at the film’s press day recently in Los Angeles.

But despite his excitement about the role, the star says he’s sad that it may be his last film with Soderbergh.

Well, that is unless he makes one comeback for Magic Mike 2. There has been a ton of buzz about the possible sequel to their hit man-candy movie. So what’s the truth?

“I might be able to get [Steven] back just for Magic Mike 2,” Channing told us. “I’m going to try my absolute hardest. I don’t think he’s interested in doing anything else.”

As for rumors that Channing himself might direct, he told us, “Like I want to do the sequel to a Steven Soderbergh movie? That’s like a huge fail. I told him if he [came on as the Director of Photography], I would think about it.”

Watch our interview with Channing and Rooney

For his role in Side Effects, Channing told us he sought out a vocal coach to improve his dialect. His character is a young Wall Street guy and Channing needed to not just look, but also sound, the part.

“I’m from the South,” said Channing. “I didn’t have an educated family or upbringing, so I don’t use correct grammar. I just talk in a different way than someone who came from money or went to an Ivy League school. I almost wish I had done an accent because it would have been easier than trying to just shave off little things.”

Catch Channing Tatum and his high-class accent in Side Effects, in theaters today!