Ocean decides to take the high road after parking lot disagreement that ended in a scuffle between Frank Ocean and Chris Brown. 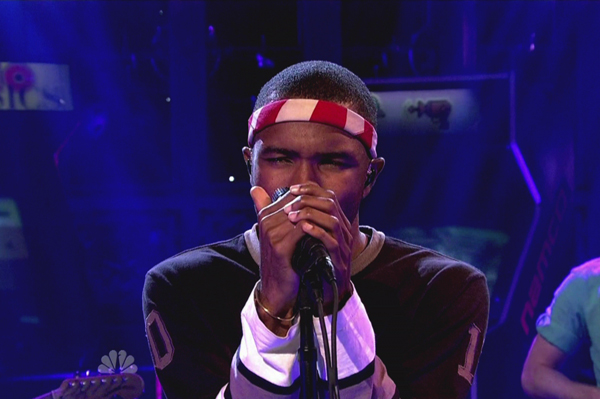 The two (and their respective crews) were involved in a feud in a Los Angeles parking lot that started over a parking space and ended in blows on Jan. 27.

Ocean, 25, later tweeted, “Got jumped by Chris and a couple guys. Lol.”

Police were called, and TMZ reported that witnesses at the scene said Brown, currently on probation for the 2009 assault on current girlfriend Rihanna, threw a punch at Ocean. Brown fled the scene before police arrived, TMZ also reported.

Ocean tweeted after the fight, “Cut my finger now I can’t play with two hands at the Grammys.”

No arrests were made at the scene and now it looks like none will be: Despite his injury, the singer has decided not to press charges.

On Tumblr and on his official website frankocean.com, Ocean wrote, “As a child I thought if someone jumped me it would result in me murdering or mutilating a man. But as a man I am not a killer, I’m an artist and a modern person. I’ll choose sanity. No criminal charges. No civil lawsuit. Forgiveness, albeit difficult, is wisdom. Peace, albeit trite, is what I want in my short life. Peace.”

Brown hasn’t commented publicly on Ocean’s Tumblr post. In fact, a few days ago the singer ceremoniously pulled the Instagram stream where he posted his infamous Jesus painting last week.

Ocean will perform Feb. 10 at the Grammys. We’ll see how many hands he’s using to play.

Ocean is nominated for Best Urban Contemporary Album, coincidentally, for Channel Orange, up against Chris Brown for Fortune. Will punches be thrown on the Grammy stage? Well, we can hope.