We were so ready for this jelly, and Beyoncé and friends brought it during the Super Bowl halftime show! 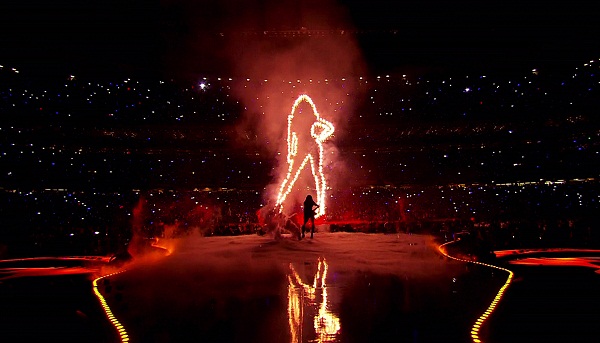 If there were any Beyoncé naysayers in the crowd during the first half, they were no doubt silenced for good during halftime. Beyoncé (and her girls from Destiny’s Child, Michelle Williams and Kelly Rowland) brought her A game and she definitely scored.

Only Bey could live the dream of having your silhouette lit up in fireworks. Not just because she’s the only one who could secure those kinds of funds, but because she may just have the most recognizable silhouette in the world right now. Even if you somehow missed all that talk of her upcoming Super Bowl show, you no doubt had it figured out by the time that sassy pose was set ablaze.

The now old school pyrotechnics led into new school TV-screen-technics. From three Beyoncé’s on stage at the same time to her hips shattering glass, Bey belted her way through a rundown of some of her most popular singles all while being lit up by the animations behind and under her. Our love for this show went all the way to “the top.”

Despite our love for the Queen Bey, we began to squirm as we rounded the five- and six-minute marks and still hadn’t caught sight of the two ladies we were eager to see. All around Beyoncé scantily clad ladies got their hips twitching and their wrists flippin’, but we were holding out for Williams and Rowland.

We were promised Destiny’s Child! 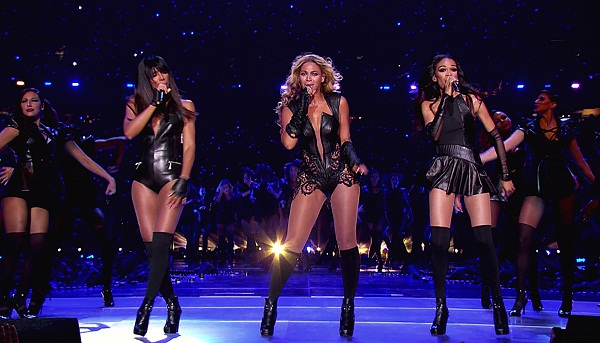 And then… they appeared. Or, well, they emerged triumphantly. Out popped the rest of destiny’s daughters and we were greeted with “Bootylicious!” After the breakdown, we were even treated to some “Independent Women.”

All in all, Bey’s Super Bowl performance was Super Awesome! Heck, she even sang “Halo.” What more could super fans ask for?