This surprisingly clever intergalactic romp about a family that must work together to save their home planet from humans features the voices of William Shatner, Sarah Jessica Parker, Sofia Vergara and Ricky Gervais. With a groovy soundtrack and neato 3D, the whole family will enjoy this mission out of the Milky Way. 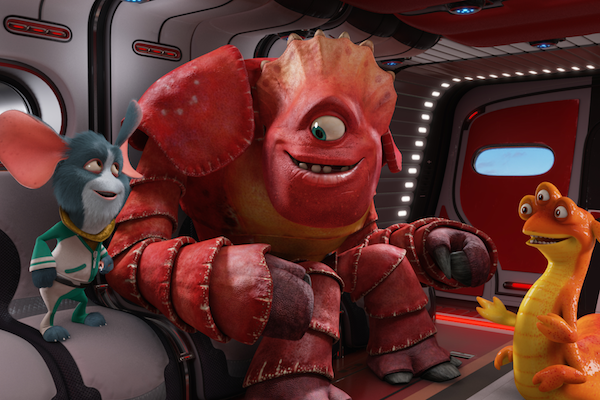 Scorch Supernova (Brendan Fraser) is a blue-skinned alien astronaut from planet Baab who’s more in love with his fame than the adventure of space travel. He’s excited to go on a mission to the “Dark Planet” — a place so dangerous and mysterious, no one ever returns.

Only Scorch’s nerdy brother Gary (Rob Corddry) at Mission Control is trying to prevent him from embarking on this potentially hazardous journey, but Scorch is undeterred despite the less-than-promising description of the Dark Planet given by a computer called Mr. James Bing (Ricky Gervais).

A cheeky though family-friendly version of HAL, Mr. James Bing says the Dark Planet is the “only known world where evolution is happening in reverse” and its inhabitants “worship money, soup, dental floss and Simon Cowell.” Does this place sound familiar? 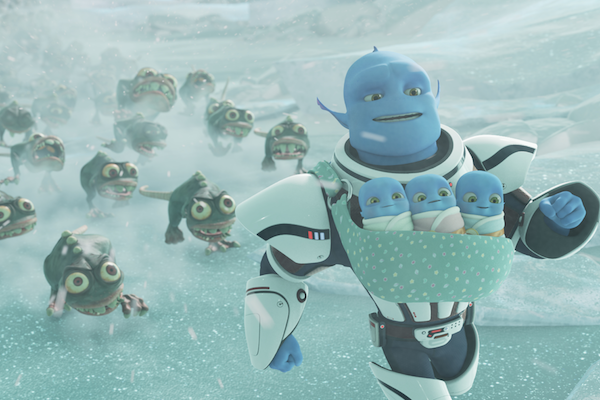 When Scorch lands at a 7-Eleven near the notorious Area 51 in New Mexico, he’s captured by the nefarious General Shanker (William Shatner). Back home on planet Baab, brother Gary and his son Kip (Jonathan Morgan Heit) decide Gary should head over to the third rock from the sun and rescue him. Easier said than done.

This movie references just about every other memorable sci-fi movie in existence, but that’s where the fun comes in.

Ricky Gervais as the superior super-computer is hilarious, though after watching his TV show An Idiot Abroad, he’s about the last person I’d want to guide me on an interstellar journey. 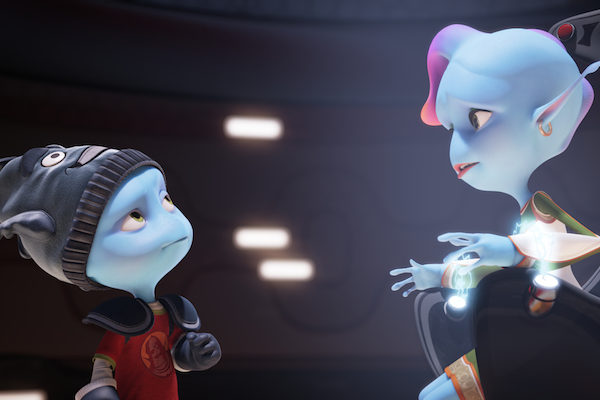 Star Trek‘s William Shatner as the head of the alien control program also invokes comedic irony, especially when he reveals it was aliens that created the internet and the iPhone.

Bottom line: Escape from Planet Earth is a joyfully irreverent sci-fi comedy that will make both parents and kids laugh.

Running time is 1 hour, 29 minutes and there are no extra scenes after the credits.